Why Trump's Lies are not 'Lies', according to Murdoch-owned WSJ

The Editor-and-Chief of the Wall Street Journal, Gerard Baker, has come out and said that his newspaper would not call Trumps falsehoods “lies”, because doing so would attach a “moral intent” to the statements. 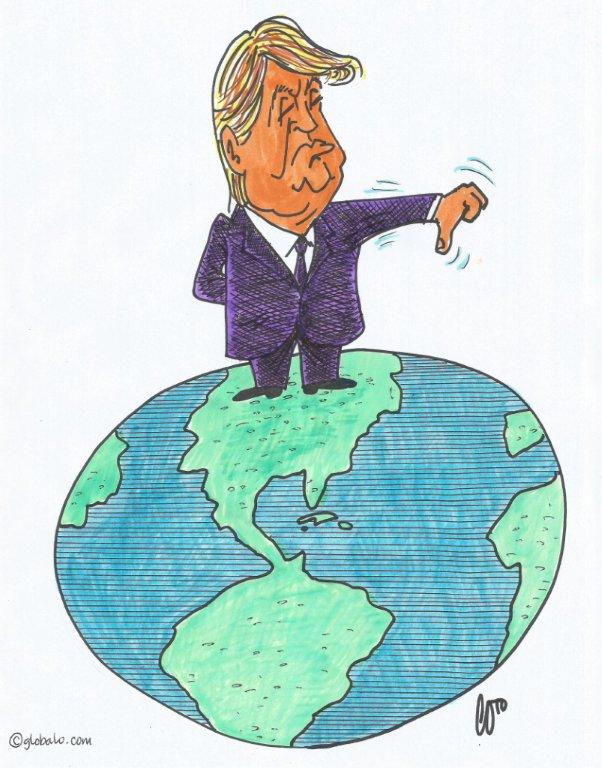 So the important media bows to the next US president.

Baker describes himself as a “right-wing curmudgeon.”As deputy editor-in-chief, Baker replaced Journal reporters and bureau chiefs who they felt were too liberal.

He “openly mocked Barack Obama and what he saw as the turgid style of American journalists.”

Since 2007 the Wall Street Journal has the same owner as pro Trump Fox News TV, Mr. Rupert Murdoch, with his News Corp. Holding.

Murdoch supports Trump as much as he can.

Wikipedia reported a story about Murdoch’s influence in the WSJ:

“In an editorial page column, publisher L. Gordon Crovitz said the Bancrofts and News Corporation had agreed that the Journal’s news and opinion sections would preserve their editorial independence from their new corporate parent.

A special committee was established to oversee the paper’s editorial integrity. When the managing editor Marcus Brauchli resigned on April 22, 2008, the committee said that News Corporation had violated its agreement by not notifying the committee earlier. However, Brauchli said he believed that new owners should appoint their own editor.

A 2007 Journal article quoted charges that Murdoch had made and broken similar promises in the past. One large shareholder commented that Murdoch has long “expressed his personal, political and business biases through his newspapers and television stations”. Former Times assistant editor Fred Emery remembers an incident when “Mr. Murdoch called him into his office in March 1982 and said he was considering firing Times editor Harold Evans. Mr. Emery says he reminded Mr. Murdoch of his promise that editors couldn’t be fired without the independent directors’ approval. ‘God, you don’t take all that seriously, do you?’ Mr. Murdoch answered, according to Mr. Emery.” Murdoch eventually forced out Evans.”

So Murdoch get his will in his ‘independent’ largest newspaper in the United States with a circulation of 2,3 million copies. The new editor in chief knows this very well.

Now on NBC’s Sunday version of “Meet the Press”, Baker described some of Trump’s statements as “challengeable” or “questionable”, but said, “I’d be careful about using the word ‘lie.’ ‘Lie’ implies much more than just saying something that’s false. It implies a deliberate intent to mislead”.

His view is that reporters should merely state the facts, and that the classification of these facts is up to the readers – he cited the claim Trump made that thousands of Muslims in New Jersey were celebrating 9/11 – a definite falsehood that Baker said he would not be comfortable calling a lie.

Trump is no stranger to lies.

“I think it’s then up to the reader to make up their own mind to say, ‘This is what Donald Trump says. This is what a reliable, trustworthy news organization reports. And you know what? I don’t think that’s true.’”

The New York Times editorial board has not shied away from using “lie” to describe Trump’s furious and consistent abuse of facts and Washington Post conservative columnist has been under fire for not using the word.

Baker thinks that poor Donald is being treated differently than other politicians.

“This is happening all the time now, people are looking at what Donald Trump’s saying and saying, ‘This is false, it’s a false claim.’ I think people are saying, ‘You know what, Hillary Clinton said a lot things that were false.’ I don’t remember the press being quite so concerned about saying she lied in headlines and stories like that.”

And this is not the first time that the media has aided his cause.

So next time your child (or the US president) lies, just say: ” We have different challengeable views …”