What a surprise, especially for the children, at the beach of the small German island of Langeoog in the North Sea:

Thousands of mini-toys were flushed by the wind on shore.

Usually you only can find them in “Kinder surprise eggs” produced by Ferrero from Italy.

They include small toys hidden inside an chocolate egg, you put together – a very popular sweetness.

It’s inventor in the late 1960th, William Salice from Italy,  had just passed away end of December 2016- maybe his farewell surprise… 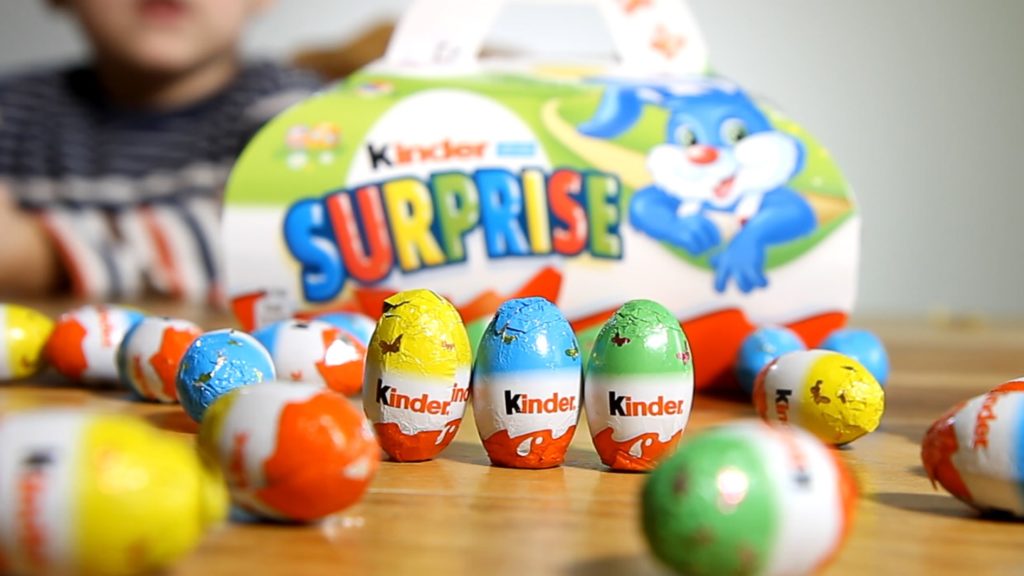 How did the toys reach the beach?

The ship Munkebo Maersk from Denmark lost five containers from Yangshang in China on its way to the German port of Bremerhaven, filled with the toys for Europe.

The flow pushed the surprise on the beach.