WHY ROMNEY "WILL VOTE FOR TED CRUZ"

On Facebook he posted the following statement, endorsing Ted Cruz with the aim to deny Donald Trump the votes necessary to become the GOP nominee. Romney hopes that this will lead to an open convention where Republicans can the choose another candidate for the presidency. 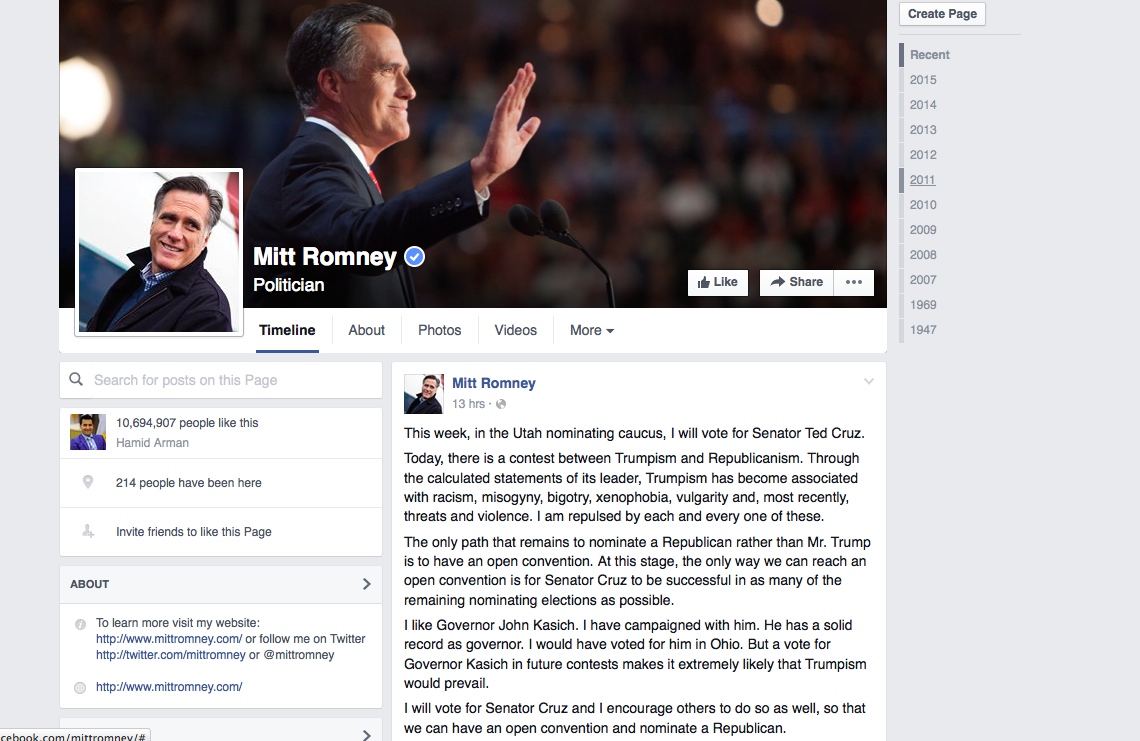 “This week, in the Utah nominating caucus, I will vote for Senator Ted Cruz.

Today, there is a contest between Trumpism and Republicanism. Through the calculated statements of its leader, Trumpism has become associated with racism, misogyny, bigotry, xenophobia, vulgarity and, most recently, threats and violence. I am repulsed by each and every one of these.

The only path that remains to nominate a Republican rather than Mr. Trump is to have an open convention. At this stage, the only way we can reach an open convention is for Senator Cruz to be successful in as many of the remaining nominating elections as possible.

I like Governor John Kasich. I have campaigned with him. He has a solid record as governor. I would have voted for him in Ohio. But a vote for Governor Kasich in future contests makes it extremely likely that Trumpism would prevail.

I will vote for Senator Cruz and I encourage others to do so as well, so that we can have an open convention and nominate a Republican.”