The Star behind Clinton - Now her Archilles Heel?

She is in the news again, and her husband and his e mails.

Now all became a burden for her long-time boss Hillary Clinton, just two weeks before the presidential elections.

Who is she, Huma Abedin? Just in April 2016 Huma Abedin has announced that she is leaving her spouse, Anthony Weiner.

In honor of Anthony Weiner, for accidentally helping to save America by being a pervert. #GoHillary #DrainTheSwamphttps://t.co/hCN7cbYzKx pic.twitter.com/2muNxb9h9e 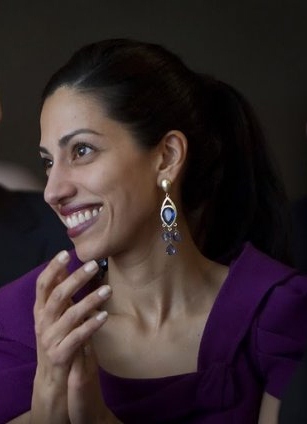 From teaching Hillary via email how to properly use a fax machine to assisting the First Lady with tedious outfit choices during photo shoots, Huma has become an integral part of life at the White House and beyond. Now, as presidential campaign vice chair, this powerful and irreplaceable Clinton aide has surprised many political observers, mainly due to assumptions that she would take her career in another direction to assist her husband, Anthony Weiner, with his recent congressional pursuits. However, Huma Abedin’s role in the 2016 presidential elections has become an increasingly integral part of the HRC campaign since she provides the sound judgment, eye-opening perspective, and engrained institutional know-how that could not be reproduced. Despite previous career-hiccups regarding conspiracy theories and ties to the Muslim Brotherhood, as well as her husband’s sexting scandals, Abedin has remained fully committed to Clinton and looks forward to the coming elections.

[removed][removed] Abedin stated that Clinton is “the best person to be president in the country my son will grow up in…two thousand eight was my first presidential campaign and I was in the middle of the excitement on the road every day…Over the course of my time working for HRC, I’ve seen the world and had a lifetime’s worth of experiences. So when people ask me why I choose to continue working for her on this campaign, it’s because I am committed to her.” Want to see more of the Clinton 2016 Campaign’s rising star? Just steer your eyes a few steps away from Hillary, it’s practically impossible to miss her.

You can be a proud American, a proud Muslim, and proudly serve this great country. Pride versus prejudice. — Huma Abedin (@HumaAbedin) September 21, 2015