There is no other way of saying this: New Hampshire was a huge win for Donald Trump. Not only was he able to meet the expectations that were built up by his high poll numbers, the contest also failed to bring forth a viable opponent, whom those in the GOP who wish to prevent a Trump candidacy could rally behind.

Instead, the New Hampshire primary produced four candidates (5 if you count Christie) who still have reason to continue their campaigns. And thereby continue to split the establishment vote.

John Kasich came out ahead of the runner-ups, and with him a man whose campaign has done little to inspire the non-Trump constituency.

It’s time to face the facts: If anybody else but Trump would have won in New Hampshire by a comparable margin, pundits would have been quick to call this race decided. It is only because of Trump’s outsider role, and the hope that one candidate could still emerge to unity the party and challenge him that this is not quite over yet.
But who could it be? 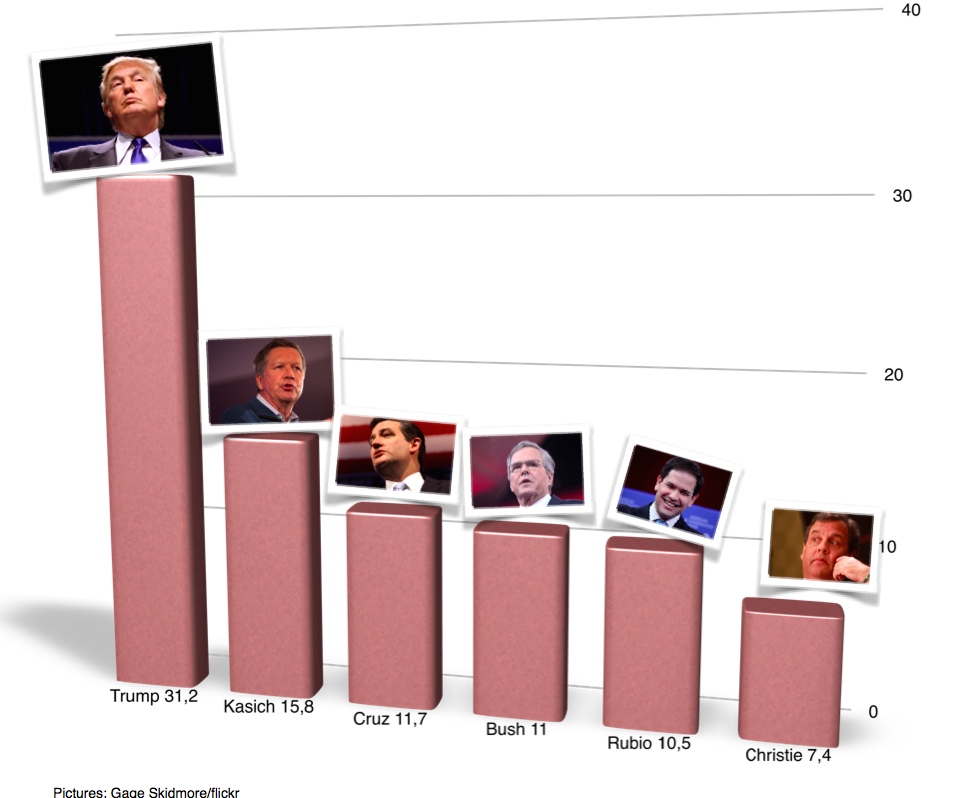 Rubio, clearly the secret frontrunner for months, could have disqualified himself with his abysmal performance in the last GOP debate
Kasich lacks charisma and star power outside of a couple of North Eastern states.
Cruz is anathema to the party’s establishment. He might do well with evangelicals, but even in the nation’s conservative South, where immigration tops many voters’ lists of concerns, Trump will be there to counter his ambitions.
Christie is maybe the closets thing to Trump that the establishment could throw at the Donald, but his campaign is still playing catch up and so far he wasn’t able to profit from his undoing of Marco Rubio.
That leaves us with, you guessed it, Jeb Bush. Bush the younger has waged an extremely expensive and ineffective campaign up to this point and despite the fact that his deep pockets probably give him some staying power, it is hard to see how he could become the one to stop Trump.

Unless Rubio gets his act together soon, or one of the other reasonable candidates manages to pull ahead and force at least two of the candidates to drop out, Trump will make it all the way to the convention.