THE 'STREISAND EFFECT': THE 5 BIGGEST EXAMPLES!

The Internet is a place that keeps everything. Even if you think it is deleted, somewhere, there is a copy stored on some hard drive somewhere in the world. And when you try to delete it, people will inevitably ask why, and curiosity will drive more people to be interested. This, in essence, is the “Streisand effect”.

The “Streisand Effect” is named for the singer Barbra Streisand, who basically started this trend. A scientific photographer in 2003 took photos of the California coastline to document coastal erosion. MS Streisand, citing privacy concerns, sued the photographer for $50 million dollars if the photo was not removed. The photo in question was downloaded only four times prior to the lawsuit, but once the word got out, 400,000+ people visited the site to see the picture of Ms Streisand’s beach house.

Today, basically everyone knows about The Pirate Bay. It is the go to place to illegally download movies, music, TV shows, video games, etc… But a long time ago, this site was just a little known Swedish website. these were the days when people were using Kazaa and Limewire on our DSL Internet packages, and a movie took five to six days to download. The world slowly moved forward, and hardcore Internet pirates were already using TPB, but a British lawsuit brought The Pirate Bay into the media and it became a household name. The lawsuit and the following media coverage and censorship curiosity led to a massive increase in traffic, more than 12 million people to be more accurate. Definitely not the expected result from the lawyers on that one. 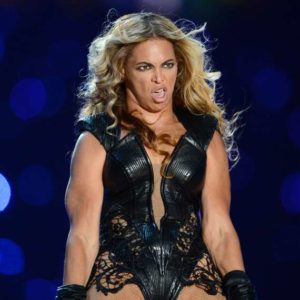 In 2013, famed singer Beyonce performed at the Super Bowl Halftime Show. Her performance was televised to millions, and during her performance, she made some extremely unflattering faces. Of course, the Internet got to work, and made her look terrible. This was in small communities, but Beyonce’s publicist made a big deal, trying to get the site to take them down. This led to media picking up this potential story, and the photos spread like wildfire, being seen by millions. I hope Beyonce fired that publicist. 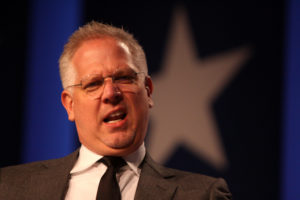 This one was quite funny, as it was extremely vicious, but since Glenn beck is as well, he got a taste of his own medicine. Glenn beck is an ultra-conservative radio host, known for his extremely aggressive style, and seemingly randomly a web page appeared: GlennBeckRapedAndMurderedAYoungGirlIn1990.com. This website was dedicated to simply asking a question: Did Glenn beck rape and murder a young girl in 1990? Glenn Beck was known for asking questions with absolutely no evidence to support his claims what-so-ever, so someone on the Internet decided to turn the tables on him. Lawyers for Mr Beck filed a takedown notice with the World Intellectual Property Office, and the courts, but his suit was rejected. But this only fueled the fire, and the idea went viral, with youtube videos, and posts being shared millions of times. 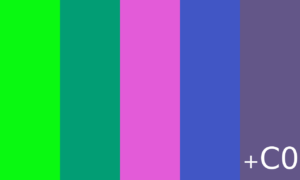 This one is definitely my favorite. DVD’s are encrypted, so we can’t just put a DVD into our computer and copy the files. However, the decryption key called the AACS encryption key was put into programs that play DVD’s as well as DVD players themselves. So when a crafty individual found out how to extract the key, that person put it on the Internet. It was shared only by the enthusiasts who would use it to crack DVD’s and be able to copy them onto their computers. Given that this code was built into DVD players, the DVD companies could not just change the code, so they tried something else: try to remove the key from the Internet. This, of course, did not go well. The key was copied millions of times, printed out and handed out, put on t-shirts, embedded into a flag using the color codes, and even some people tattooed the key on their body. Now, it is possible and even legal to copy a disc to your computer, rendering the entire thing moot, but the actions by the MPAA brought DVD ripping to the masses because of the Streisand Effect.

The failed Occupy protests are a faded memory, and few people can recall exactly what happened, or even what they were about, other than middle class liberal arts students protesting income inequality… But the one thing that we all remember was the UC Davis protests where Lt. Pike pepper sprayed a bunch of kids in the face who were sitting in a circle blocking the sidewalk. They were a mild inconvenience at most, but that didn’t stop the officer from unleashing the capsaicin fury upon those poor souls. The officer was put on leave, but there was outrage. Then, as always, the incident faded from memory until a few months ago, when the video came back to the front of every major social media site. The university had hired a company to improve their image, and one thing the company did was try to remove that video from the Internet. It backfired because someone noticed, and it went viral again. I imagine that that company will not be contracted by UC Davis ever again.

If there is one thing to learn it’s this: The Internet is like a child. It has a room full of toys. Many of them they have not used in years, but the moment you try to get rid of those toys, they cry and throw a tantrum. Just leave it alone and let it fade into obscurity, because if you try to take anything away, someone will notice, and spread the word. And that is bad for everyone.