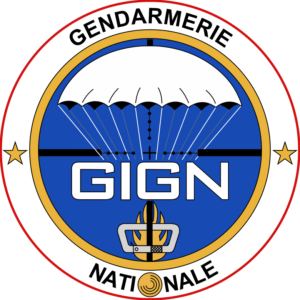 The French Groupe d’intervention de la gendarmerie nationale“ was founded in 1972. It never comprises of more than 90 members. Stationed just South of Versailles, one of its most recent missions was the takedown of the terrorists who had attacked Paris in November of 2015. Earlier the same year GIGN units saved the remaining hostages in the Charlie Hebdo attack and killed the hostage takers. In order to qualify for acceptance in the special force, applicants have to master an 8000 meter course in under one hour with full equipment, do 300 sit-ups, 100 push-ups, and 25 pull-ups. 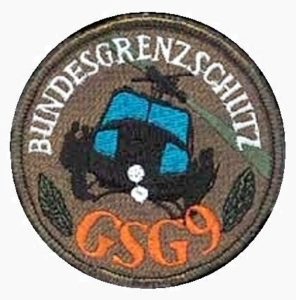 Founded after terrorists attacked the Olympic Games in Munich in 1972,  the GSG9 was created especially to fight terrorism and violent crime. It holds among its ranks specialists of all relevant fields of counterterrorism: snipers, combat divers, pilots, explosive specialists, and surveillance and IT experts. Its exact number of operators is kept secret. Applicants have to master a 5 kilometer run in under 23 minutes and be able to jump a distance 2,4 meters from a standing position.

Comprised of snipers, explosives specialists, combat divers, and parachute units, the Italian Nucleo Operativo Centrale di Sicurezza“ is designed to combat terrorist attacks. This includes hostage rescue missions and fighting organized crime.  It was founded in 1978 when the Red Brigades were waging a bloody war against the government in Rome. Only 5% of applicants last longer than 6 months of training. Of those who make the cut and qualify for two more years of training many more drop out at some point or another.

US Navy Seals (Sea, Air, Land) are probably the most notorious special forces in the world. Used in all of nature’s elements, they go through one of the toughest training regiments imaginable. This includes 26 weeks of combat diving training, five weeks in parachute school, and of course the famous “hell week”, which brings sleep deprived applicants to their limits in extensive tests of endurance. No wonder the dropout consistently lies somewhere between 79 and 80 percent.

The guys with the bordeaux-red caps, are Turkey’s toughest special forces. Applicants are testet for physical and mental fitness, and many drop out even before the training starts in earnest. A special focus is put on ideological training, which means that the soldiers are brought in line with the Turkish military’s Kemalist tradition. Seminars about Turkey’s political history are just as much part of the training as combat lessons.  Bordo Bereliler often operates behind enemy lines in reconnaissance missions

Canada’s JTF2 is one of the most obscure in the family of special forces. As a rule, the Canadian government gives no comment about the unit’s operations. It is likely, however, that JTF2 forces were used recently in Bosnia, Afghanistan, Haiti, and Iraq. The only thing that is clear is the Canadian special forces’ mission. Fighting terror. In complete secrecy. 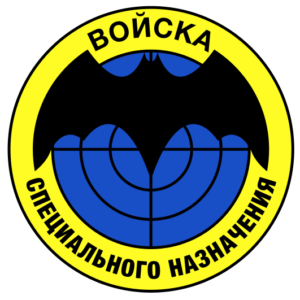 Speznas are a part of the Russian army but most recruits are handpicked from the ranks of the Russian secret service GRU. When they were first founded in 1966, their primary mission was to identify and weaken NATO positions.  After the breakup of the Soviet union, Speznas primarily operated on the territory of former Soviet republics like Azerbaijan,  North-Ossetia, the Artsakh Republic, and Chechnya. It is likely that there were Speznas units among the unmarked solider that occupied Crimea in February 2014.

Few countries face bigger terrorism threats than Israel. This is the speciality of Sajeret Matkal, which is just  called the “the unit” within the Israeli army. Apart from counter-terrorism operations, hostage situations, and reconnaissance missions, Israel’s deadliest combat force also specializes in targeted killings. Those who make through the extremely demanding training process are awarded a badge, one they are forbidden to ever display in public.

One of the oldest special units in the world, the Special Air Service, has its roots on the battlefields of WW2. Today it is used in theaters around the world, where it carries out sabotage and reconnaissance missions, but also operates at home as a counter-terrorism strike force. In London’s protracted war against the IRA, the SAS was also enlisted to carry out kill missions. It often operates in complete secrecy and its training methods are known as the most brutal within the British Armed Forces. Only two to ten percent of applicants make it through. The final tests are conducted in the mountainous regions of Wales. Soldiers are only allowed to apply for one second chance if they failed the first time.