North Korea has apparently expanded its nuclear capabilities. According to reports by the South Korean Defense Ministry, the government in Pyongyang has more weapons-grade plutonium and uranium than originally thought.

North Korea now has more than 50 kilograms of the stuff. This is enough for ten atomic bombs, 10 more kilograms than they had eight years ago.

What we know about North Korea’s nuclear weapons program and missile capabilities: https://t.co/cmJfAkIUOT via @ReutersGraphics pic.twitter.com/033q0yIqdY

The additional plutonium comes from a site in the mountains, Yongbyon, the country’s once-depleted atomic complex after the enrichment of nuclear fuel rods. This operation had been reduced in 2007, but after a few years it was put in motion again.

According to the white paper published 2 years ago, North Korea has “considerable” capacity to manufacture bombs with highly enriched uranium. 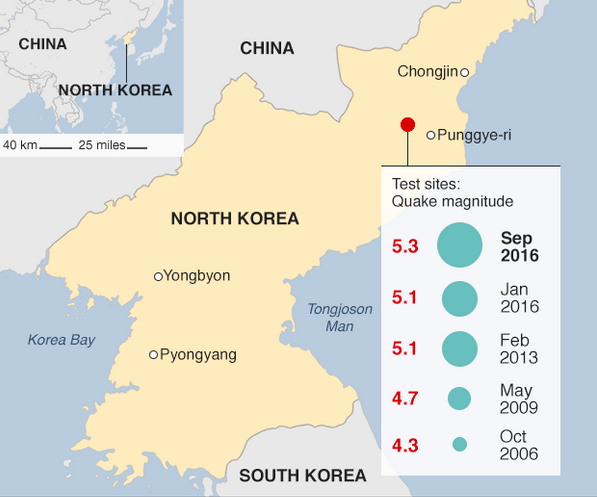 Precise information is impossible because of the strict secrecy, and analysts and intelligence agencies often rate North Korea’s capabilities for a nuclear attack differently. However, the trend towards nuclear rearmament under Kim Jong Un is not disputed.

Has North Korea got the bomb?

In a report published in June by the U.S. research institute for Science and International Security, it stated North Korea had at least 21 nuclear weapons. In 2014, there were still 10-16 nuclear weapons.

Technically, they therefore do have the weapon, however, they need to be able to make a nuclear warhead small enough to fit it on to a missile. Although they say that they have successfully “miniaturised” the warheads, this has not been independently verified, and experts doubt these claims.

But Professor Siegfried S Hecker of Stanford University, a highly authoritative voice on North Korea’s weapons’ development, says “we must assume that the DPRK has designed and demonstrated nuclear warheads that can be mounted on some of its short-range and perhaps medium-range missiles”.

In his New Year’s speech, Kim Jong Un announced that North Korea was “in the final stages” of developing an intercontinental ballistic missile, capable of reaching the United States a long time adversary and military ally of South Korea.

What kind of capabilities do they have?

The North has repeatedly provoked the international community with five nuclear weapons tests (2006, 2009, 2013, and in January and September of 2016), and multiple rocket tests, and have henceforth been repeatedly sanctioned as a result.

In the September 2016 test, a device with an explosive yield of between 10-30 kilometres was tested, which if confirmed, would make it their strongest nuclear test to date. 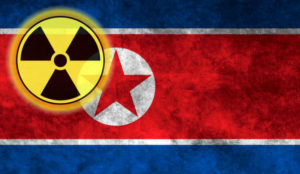 Another unknown is whether the devices being tested are atomic bombs or hydrogen bombs, the latter being more powerful. North Korea claimed that its January 2016 test was a hydrogen bomb, whereas all other previous ones were atomic. However, experts doubt this given the size of the blast.

In addition to this, Seoul has noted that North Korea has expanded its conventional armed forces, bringing the total number of soldiers to 1.28 million, up from 1.2 million, and their cyberwarfare division has grown to 6,800.

There is growing concern over how incoming President Donald Trump will handle the situation.

Tillerson says Trump’s tweet that a #NorthKorea nuclear-capable ICBM “won’t happen” is not a red line; can be interpreted several ways