[iframe id=”https://www.youtube.com/embed/hdh41UtL1tQ”]Take a walk with GLOBALO around the statute of Marianne on the famous Place de la République in the center of Paris.

Paris and visitors from all over the world are honoring the 147 victims of the two attacks of ISIS in 2015, in January against Charlie Hebdo and a kosher supermarket (17), and in November against several bars, a theater, and a soccer game (130).

In the video you can see flowers, personal notes, flags, cartoons, candles.

At the center is a 31 feet (9.4 m) bronze statute of Marianne, the personification of the French Republic.

She is holding up an olive branch in her right hand and resting her left on a tablet engraved with the Droits de l’homme.

Marianne is surrounded by three statutes personifying liberty, equality, and fraternity, the values of the French Republic.

At the base is a lion guarding a depiction of a ballot box.

The monument was created by the brothers Léopold and Charles Morice.

It was chosen as part of an art competition announced in early 1879 by the Paris City Council, which sought to create a “Monument to the French Republic” in honor of the 90th anniversary of the French Revolution, to be erected on the Place de la République. 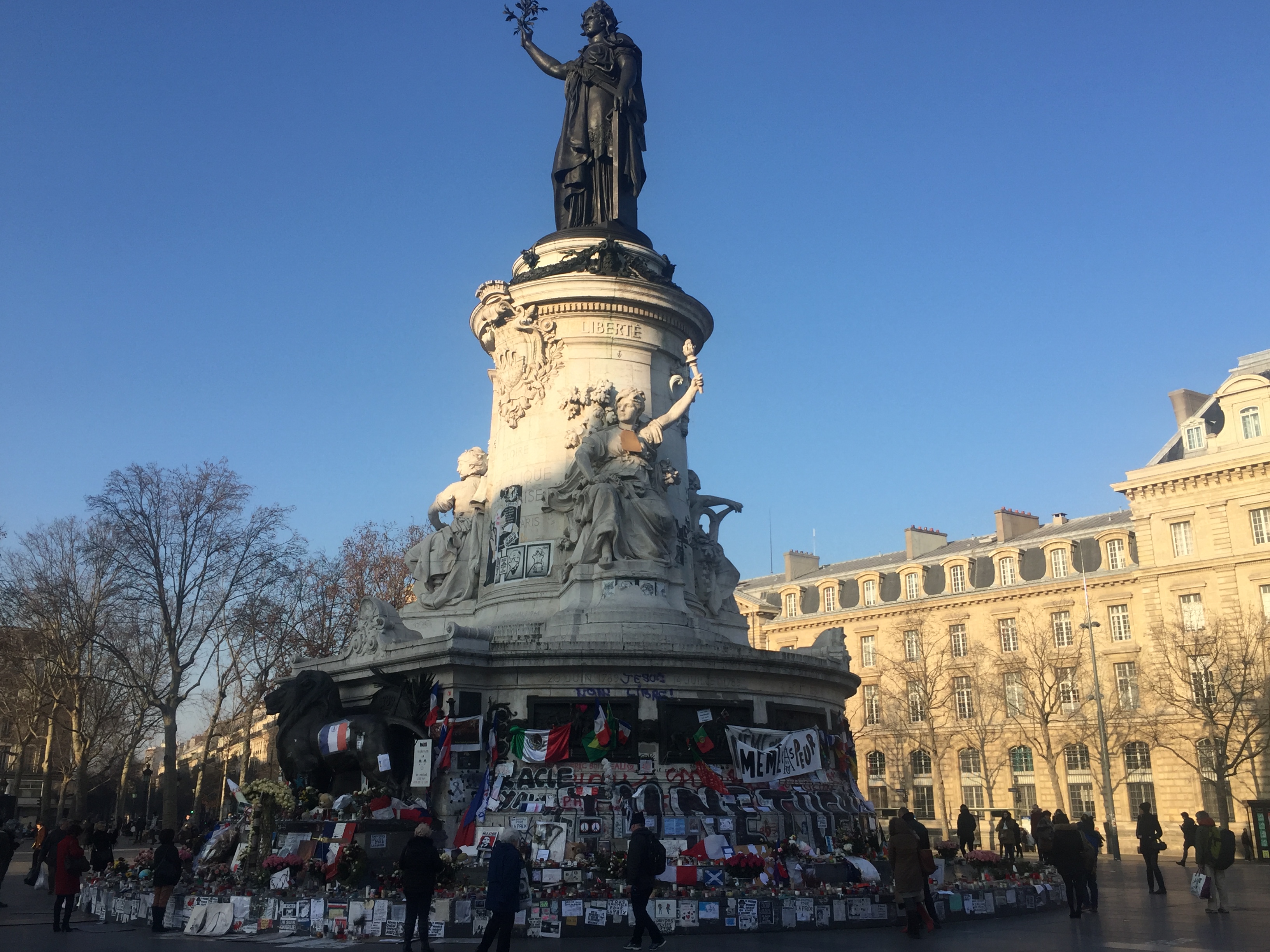 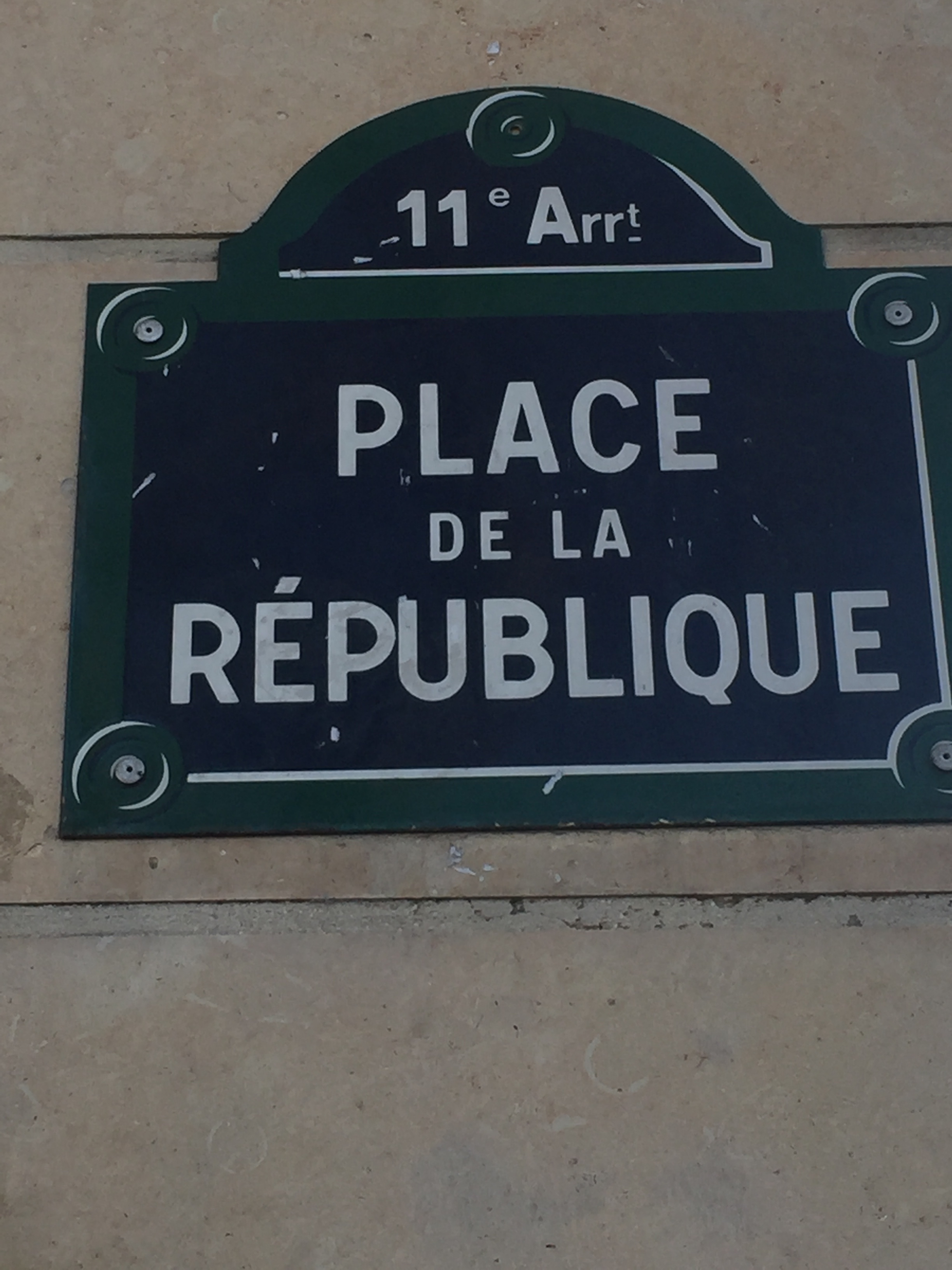