Russian president Vladimir Putin looks like the winner in 2016:

All these two  main successes could be “lost victories”, if he does not reform Russia from inside and develop the country in politics, administration and economy.

Henry Kissinger now tries to find a fresh common ground between the United States of America and the Russian Federation to avoid a second Cold War. It reminds to his secret diplomacy to open communist China for America under president Nixon in the early 197oth.

Next president Donald Trump at least tries to re-set the button.

That will not be an easy task.

The new president has to consider his harsh anti-Russian Republican senators like John McCaine or Lindsey Graham and the mood of many American people and Republicans who distrust Putin and Russia as a threat to peace and liberty in the world.

The US Senate is key for Trump and Putin if they plan a re-set of American-Russian relations.

With a Republican majority of only 52 to 46 seats, just four Republican senators can block any pro-Russian move by Donald Trump.

He could become a lame duck with his fresh detente with Mr Putin.

Against the clear wishes of Donald Trump, both Republican leaders in the Senate and the House of Representatives condemned the cyber-attacks by the Russians, declared trust in the findings of the CIA and FBI and demanded an official inquiry.

US Senate Majority leader Mitch McConnell (R-Ky) told December 12th: “The Russians are not our friends. They do not wish us well. The cyber attacks are disturbing. We stand with the Baltic states and NATO.”

Speaker Paul Ryan (R-Wis) few weeks ago: ” Under president Putin Russia has been an aggressor that constantly undermines American interests.”

With his ‘no-tit-for-tat decision’ not to expel American diplomats and even inviting their children to the Kremlin, Putin has now the option in 2017 to re-set the relationship with Washington and to end the isolation and maybe even sanctions, which hurt Russia a lot.

It must be a fair deal and he must regain trust in the Senate as well.

No more tricks or cyber-war-games, not just words- good actions and a solid new base are needed or no re-set possible.

At the end a real u-turn is needed for Mr Putin. A new world and world order.

January 20th, 2017 could be (just) an opportunity for Putin to re-schedule his foreign affairs policy, which look very successful from outside but has deep and dangerous holes and Achilles Heels. 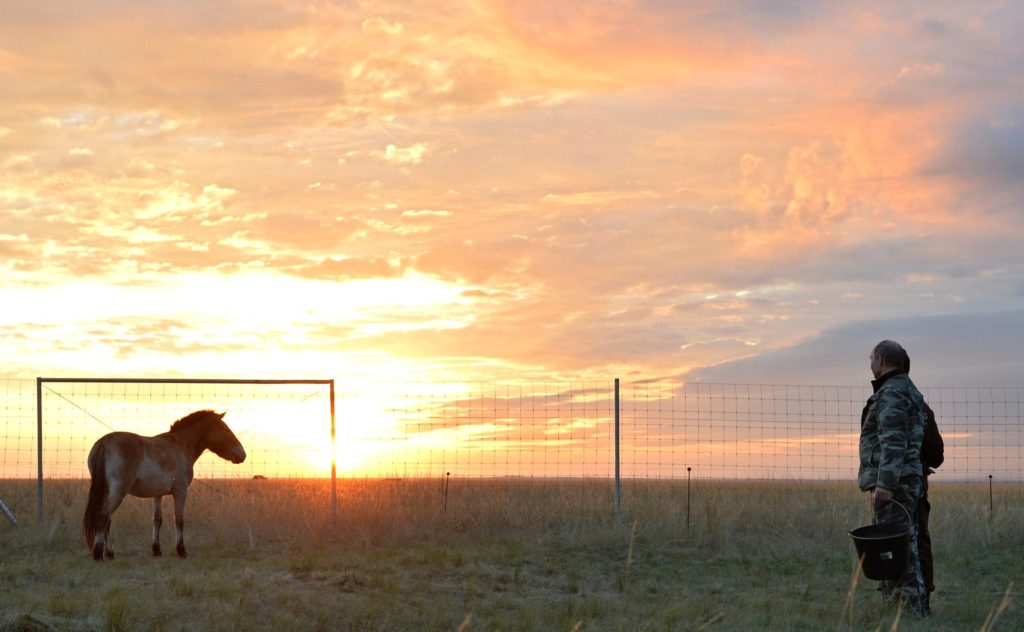 Here you can see Vladimir Putin toured the Orenburgsky state nature reserve, which runs a programme to restore the population of Przewalski’s horses. Together with reserve employees, Vladimir Putin released a few horses from the acclimatisation enclosure into their natural habitat. 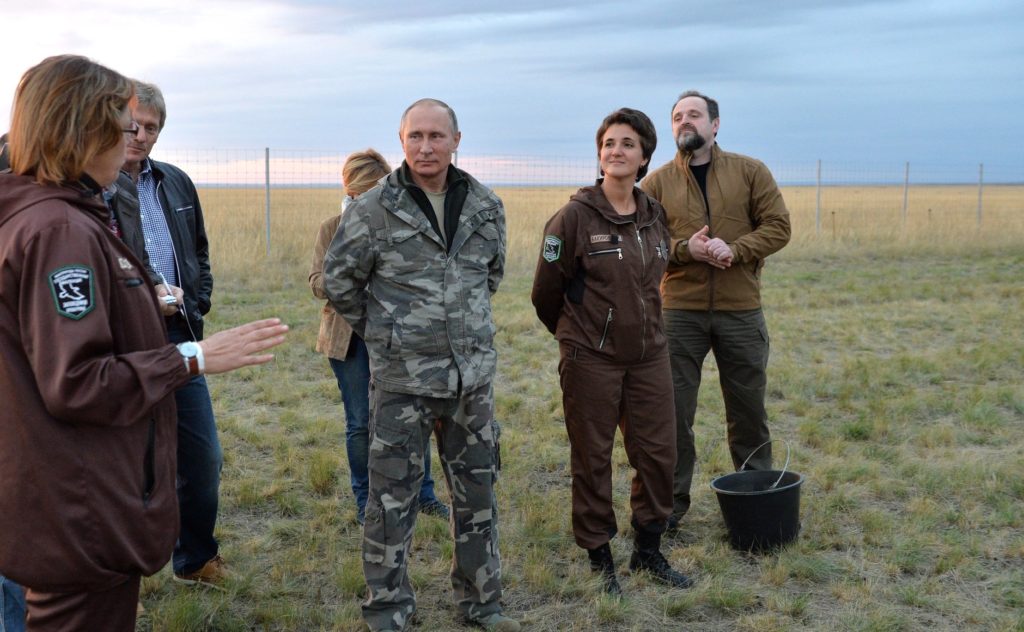 The President also met with representatives of the region’s business community engaged in cross-border Russia-Kazakhstan cooperation.

Read below how GLOBALO sees Vladimir Putin and Russia and what he must do in 2017 as a new Peter The Great, something he avoided until now, with a fresh policy RUSSIA 3.0:

1. A weak economy based on oil and gas and not enough innovations and creative small businesses, strangulated mainly by too many corrupt and slow officials and judges and absurd over-regulations. Real structural reforms of the economy and privatization of state industry are missing.

Just some facts: Russia’s gross domestic product reached a peak of $2.2 trillion in 2013 and has since declined to $1.3 trillion – this is lower than Italy, Brazil, and Canada. The per capita gross domestic product is below $9,000. The percentage of Russians who had any savings fell from 72 percent in 2013 to only 27 percent in 2016. For the first time in seven years, Russians are spending more than half their money on groceries. This weakness in fair, diverse and free market economy is the number one Achilles Heel of Putin’s empire. One artist left a slogan in the famous Paris Bar in the West of Berlin which fits for Russia today: “Stand still and rot”.

2. Loosing the young generations and the tiny elite of movers and shakers due to a stiff non-freedom policy inside Russia. Many talents have emigrated to Silicon Valley, Berlin or London- to be free and creative- maybe almost a lost generation.

Without its tiny young creativity elite Russia cannot  prosper. It will be ossified like the rotten stiff USSR- the beginning of the end.

Russia needs a soil of freedom, rule of fair law, optimism, and a positive and modern vision of the state. Today, Putin’s state is more strangulating this base of progress and real power, a severe mistake based on mis-perception where ‘power’ comes from.

3. The Muslim population growth changing the country away from traditional Christian-Orthodox and the radicalization of young frustrated Muslims.

Now Russia has approximately up to 14 percent Muslims. With two million Muslims, Moscow has became the largest Muslim city in Europe. 2,500 Russians joined the Islamic State (IS, ISIS, ISIL or Daesh), most were killed .

4. A too strong and aggressive China which is 8 times stronger.

The idea of a ‘balanced  and fair partnership’ with Beijing is just wishful thinking. China does not take Russia seriously.

With the help of corrupt officials, Chinese businessmen buy into a lot of land, the infrastructure and small businesses in Siberia. Combined with Chinese migration into the empty East this is a real hidden slow threat for Russia.

On the other side:

Neither the US nor the EU are a real threat to Russia but only competitors.

Real Russian Patriots have to stop the Adventures.

Why Russia needs a better strategy.

The GLOBALO Peace Plan for Ukraine.

A dual strategy for peace in Syria and containment of ISIS as common enemy.

Why all countries – including Russia –  need a better foreign policy World 3.0.