Is Islamic Feminism a Paradoxical Term?

Not a day goes by that we do not hear stories about women subjected to some kind of violence, the basis of which ordinarily seems diverse, although in practice the causes is invariably the same.

Among the sources justifying the oppression of women, those routed in religious discourse are the oldest, and Islamic (or Islamist, and we will come to this in a minute) discourse is no exception.

Not many years have passed since the death of innocent Farkhunda. Hers is a story that has been repeated too many times: a high status male (in Farkhunda’s case, a mullah) accuses a female of doing something against the religious orders without any evidence. In Farkhunda’s case, she was accused of burning the holy book of Islam. It is not hard to guess the horrific end of a woman who has little abillity to counter man-made accusations. Farkhunda was lynched to death by dozens of men and set on fire.

Farkhunda is sadly just one out of a myriad of women across the globe experiencing such horrible acts of violence. Remember the rising number of female slaves kept by ISIS, as well as the ones that have been smuggled by Boko Haram over the last years. With the resurgence of radicalism within Islam in recent years; the role of women in Islamic society is now being re-examined. It is, however, not only secular feminists who are considering women’s position in Islam.

There is a growing awareness, a theoretical structure and a field of practical activism from an Islamic perspective as well, which are often referred to as Islamic feminism. This is a term which many people, both from the East and the West,  perceive as rather contradictory when they first hear it. But is this term and/or idea really conflicting (or an oxymoron as Bardan quotes it)? 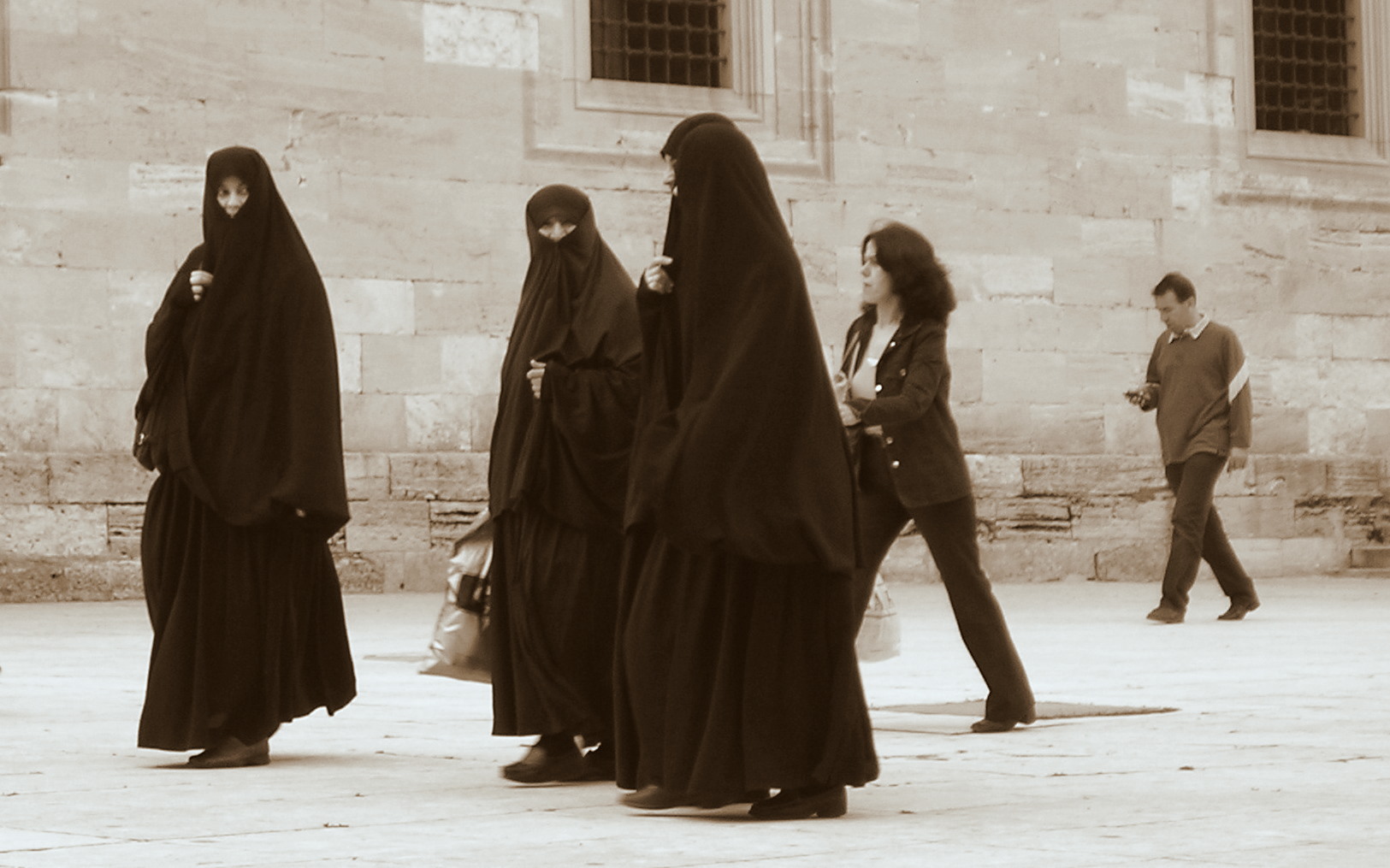 In order for us to be able (to try) to think about this question, which is a theoretical one in essence, we should first try to clarify the concepts making up the phrase. Feminism, we (think we) know. One way or another, we have an idea about what feminism is and in most of the cases, whatever our idea is, it has a correspondent base in one of the many branches of feminism. Yet generally, when someone talks about feminism, s/he has secular feminism in mind. For now, we will regard it simply as an egalitarian movement (either secular or not), seeking equality and justice between and among genders. In this article my focus will not be on how secular feminism sees itself or Islamic feminism, but how Islamic feminism sees itself, because otherwise, to develop all arguments fully, we would require more than an entire book, let alone an article.

As for the concept of Islamic feminism, Margot Badran is among the most popular women to defend the movement and the idea of Islamic feminism. She defines it as “a feminist discourse and practice articulated within an Islamic paradigm [and as a movement] seek[ing] rights and justice for women, and for men, in the totality of existence.”

For almost a century now – with the rising numbers of participating individuals – many women and some men have been re-reading, re-interpreting and re-visiting the Qur’an and other sacred texts, which is called ijtihad, in order to fix the inequality deriving from the (deliberate) misinterpretation of Islam by the patriarchal hegemony. Women like Amina Wadud and Rifat Hassan, and organizations such as Sisters in islam have been re-reading the Qur’an with a gender-oriented view, and writing books to accord with this new worldview.

So what about the term? So far, from what we have seen, we have come to understand that the term Islamic feminism does not seem a paradoxical one at all. It is Islamic in the sense that the frame itself is that of Islam and it is feminist (even though it does not have to be necessarily secular) in the sense that it seeks gender equality. People, who answer the question we asked in the title in an instant as “yes”, do so because they think there are some very fundamental problems regarding women’s rights in Islam (as in the debated cases of men’s right to polygamy, women’s creation, women’s position in testimony et cetera).

Almost all of these problems, especially those that are present in the Qur’an are trying to be solved by Islamic feminists (even though some people think what is being done is teleological or does not make sense). Others feel that such practice bears the risk of politicization of the Qur’an. For me, most of these problems have been resolved just as logically (excluding some major problems such as that of homosexuality et cetera), for discussion of which, again, we do not have enough space to focus in this article.

What is truly important in deciding whether the term “Islamic Feminism” is contradictory or not, is not if this term is really paradoxical but if the real implication of this term is paradoxical or not. Whether teleological or not, I think, in one way or another, Islam can present a feminist position through the problems presented in Qur’an (by re-reading it). But again, I think when most people refer to Islamic Feminism, they mostly refer to feminist movements within Islamism – political Islam, which is mostly about the regulations for social life, for jurisdiction et cetera, and that is the term I find contradictory and hard to clear and clarify (especially in Turkish in which the translation of Islamic and Islamist is often thought to be interchangeable). 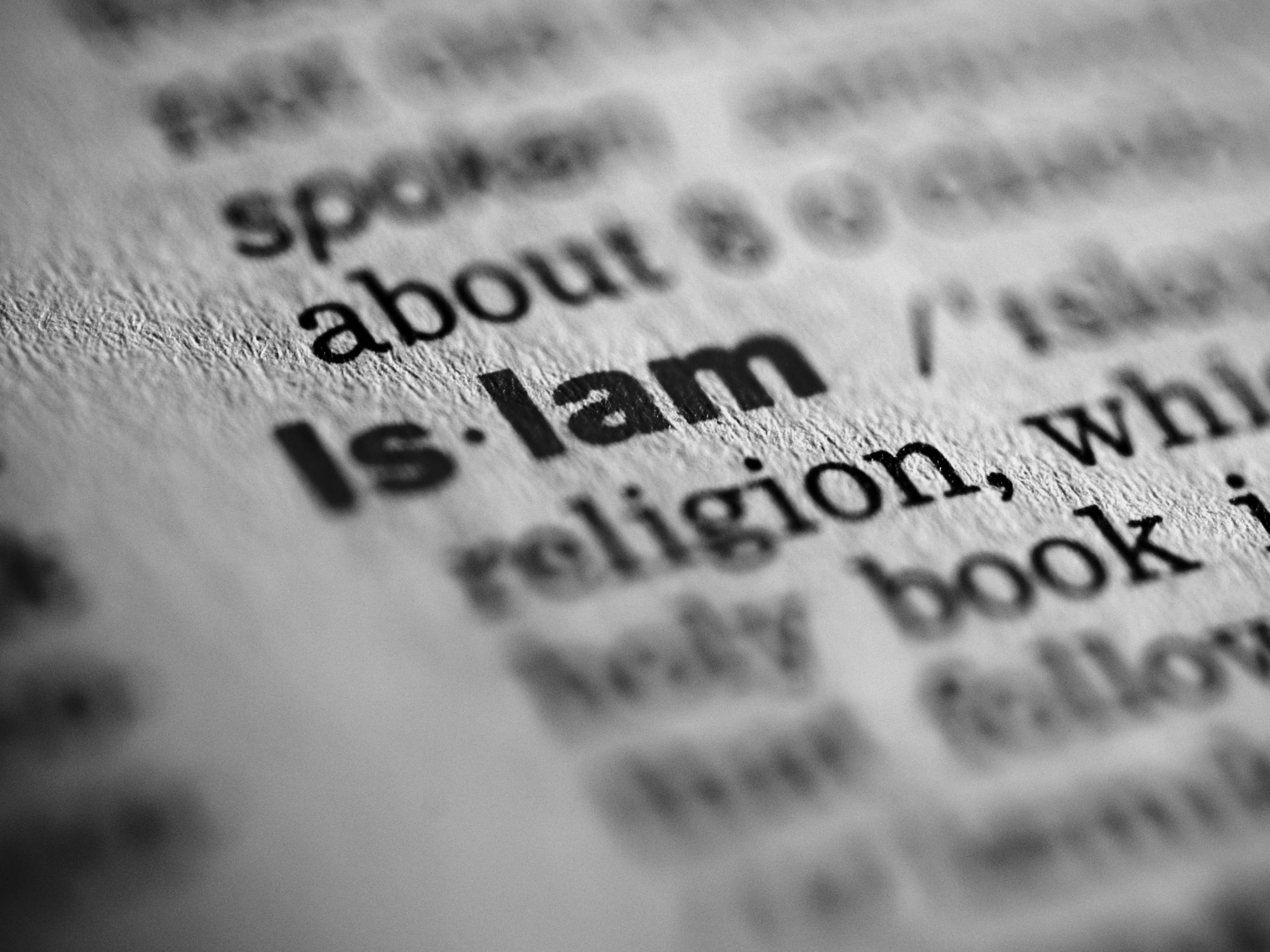 Why? Once, I read a columnist saying: “Islamist feminism as a way of fighting social problems with religious remedies is also an attempt to islamise the secular. Progressive thinkers such as feminist Amina Wadud must know this. But social and political problems cannot be addressed with religion alone.” I think here the writer, Nimet Seker, has a point in saying that religion, by which I mean the belief system based on the Qur’an, is not sufficient to design a whole social and political structure. That is the job of political Islam; Islamism.

Islamism is based not only on the Qur’an but on hadiths – mostly hadiths, which are sayings attributed to Prophet Mohammed, and on other resources such as the way caliphates acted et cetera. There, I think, the paradox lies, since there are many issues in literature that cannot be resolved within the feminist paradigm. To my mind, the problems present in the field and the discussion of hadiths, are only one or two, let alone their real life practices.

As a starter, the hadiths as we know them today, started to be written after two centuries, following the prophet’s death. We also know that the methodology of collecting the hadiths, isnad, was not the most reliable because there were issues that arose from quoting, rewriting, transferring and so on. Apart from these, we also have many problems arising merely from the practice of historiography in general.

Some scholars have come to think recently that some hadiths were made up for the sake of political power, which is a defining example of teleological historiography. Beside these, some (or perhaps many) hadiths were coined and believed to be true as a result of the effects of Jewish tradition of the time (Isra’iliyyat). Considering all of this, the authenticity of the hadiths becomes challenging and dubious. So is Islamism; since it finds most of its basis of practice from these hadiths.

At this point, I think, we should make some points more clear. Of course, whatever is Islamic can also be Islamist because in the Qur’an we have many statements editing social order. So, it does not ever mean that whatever is Islamic cannot be social. Yet, as I have stated above, many Islamist projects take their strength from either false interpretation of the Qur’an or (predominantly) from hadiths, which are often about social order and practices and whose obscure reliability we have just argued.

But again, this also does not necessarily mean that all (false) hadiths are about social order, jurisdiction and/or political power. There are many (false) hadiths regulating private spheres (either about women or not) and the problems concerning feminists arise from both spheres. For now, regarding the confusions, to separate what is Islamic (which for me is agreeable with feminism) from what is Islamist, we can call the first one Qur’anic. Thus, we call Islamic Feminism Qur’anic Feminism. By doing so, at least for the time being, we should not worry about the false hadiths saying “[women] are weaker both physically and intellectually.” But doing so also has some downsides, whether or not these pertain to women. By doing so, original hadiths are also discredited and some points that are not mentioned in Qur’an are left open to all possible interpretation (both negative and positive and both concerning the private and public sphere).

Instead of changing the terminology, some scholars suggest that false hadiths can be eliminated by the mere guidance of the Qur’an. But then again some (including extremists and Islamists, and some others whom I cannot predict) can still argue that what is being done is merely teleological, and they can argue that hadiths cannot be separated from the religion because they are considered to be the second most important religious source after the Qur’an. And for me again, hadiths will always bear some of the problems that historiography has because of its nature.

As we can see, the problems arising from the Islamic Feminism start from the very beginning, from the name of the concept. I still think that re-naming could be useful for overcoming some problems, but it would not solve everything because at the end of the day, even in the Qur’an alone, there are still some theoretical problems waiting to be solved, such as the problem of homosexuality (and of course other gender-centred problems arising from this). And as I have stated above, this is just the beginning of the debate over Islamic feminism and we have not yet talked about practicality and reality in Islam and Islamism, such as the practices of ISIS over women with their bases in Islamic/Islamist paradigm.

Lastly, we still have other problems in other branches of feminism apart from the Islamic one. But still, the fact that there are many problems covering the feminist movement around Islam does not mean that we should give up in striving for the foundation of equality between and among genders. For that matter, we should remember what Chaplin once advised: “Buck up – never say die. We’ll get along”.  And at the moment, for this sort of upshot, we need nothing more than a “reasoned activism”.