German foreign minister Sigmar Gabriel is clear pro-Israel, but anti-discrimination. As a young man he has even worked in a kibbutz, and is a steady supporter of Israel since decades.

Israel’s right wing government is about to lose one friend after the other in Germany and Europe, as it wants to annex the West Bank into a Great Israel and drive the Palestinians out of their homeland with many small steps.

Israel needs a clear double strategy of power and reconciliation, including a two state solution and peace with the Palestinians, to be safe and sound.

Germany is after the United States, Israel best friend since the 1950th. Because of the holocaust the German supports this country with many discrete weapon deals worth many billions.

The hottest is to deliver modern submarines, which can be used for Israel’s atomic programs. Since years Berlin sells HDW submarines from Kiel to Israel. There they are equipped with nuclear weapons.

Nobody can track or destroy those subs, so the nuclear deterrence is guaranteed, and an attack on Israel would end in nuclear revenge.

This is mot important with Iran still flirting with the bomb.

With the threat of a nuclear Iran spurring a boom of proliferation in the region, critics have described the latest € 1.2 billion deal as a “rip off” and an obvious attempt to boost its nuclear arsenal.

Israel in talks with Germany to buy additional submarines https://t.co/zGEHoFc0EF

According to Israel’s ambassador in Berlin the two countries have signed a gigantic arms deal – three submarines for a total of 1.2 billion euros in 2016.

The Israelis are looking to replace an aging fleet and increase their submarine fleet to nine, all from Germany, among  growing fear over the lifting of sanctions against it’s greatest enemy in the region, Iran.

A bad deal for Israel?

Reception to the new submarines in Israel has been mixed, with many accusing the government of prioritizing expensive submarines with a unit cost of 400 million Euros over urgently needed equipment upgrades.

Looking at evidence from similar arms deals in the run up to the deal, Egypt and South Africa reportedly both paid a lower cost of 260 million euros just a few years ago, a fee of around 35 percent less than Israel paid. 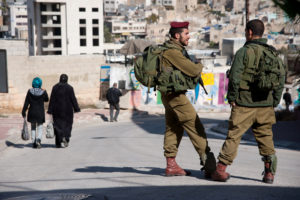 Concerned at the ballooning Israeli defense budget, many say the benefits of an expanded submarine arsenal do not justify the exorbitant price yet.

So what does 1.3 billion Euros buy you?

Israel has a shady relationship with its nuclear capabilities, at once refusing to confirm or deny the existence of nuclear weapons that it has access to. Its increasingly right-wing government has no illusions about the deterrent it feels it must possess, especially with the prospect of a resurgent Iranian economy lining the pockets of an old enemy.

Tensions are running extremely high in the region following 2015’s deal to lift crippling economic sanctions on Iran by the USA and other world powers in exchange for reducing its nuclear capabilities.

When willing to make a deal at any cost, this is the result. From early reports, we can see that the deal is a historic mistake.

Iran says it has the right to nuclear energy and the landmark deal caused an immediate rift between Washington and its Israeli allies. Opinion polls showed that Israelis strongly opposed the lifting of sanctions and Prime Minister Netanyahu, among others, slamming the agreement as a chance for long term-enemy Iran to fund terrorism and war.

“Iran is going to receive a sure path to nuclear weapons,” Prime Minister Benjamin Netanyahu said at the time.