The world has lost one of its greatest activists. The activist who inspired Malala, Mr Abdul Sattar Edhi passed away this weekend.

When we think of activists in Pakistan, Malala comes to mind. But she has only been an activist for a couple years, and without social media, no one would have heard of her. 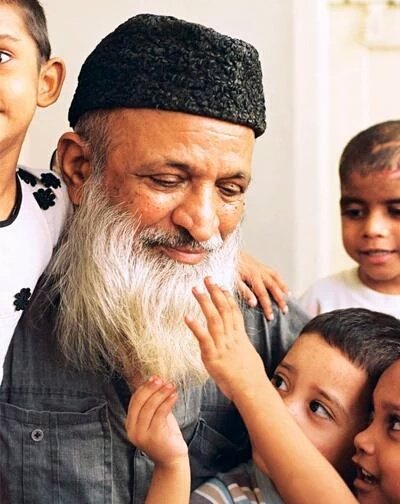 Abdul Sattar Edhi is a different class of activist, working for over 50 years, fighting for the religious minorities in Pakistan.

In 1951, and the young age of 24, Edhi set up a clinic to care for those who needed it, and he even slept there in case people needed help at night. He brought women’s health issues to light in Pakistan, and he provided ambulance services which still exist and are critical for Pakistan’s healthcare infrastructure.

He provided care for the mentally ill, and he took on the role of an adoption agency, encouraging people to leave illegitimate children outside his clinic. In earlier times, these children were either killed or abandoned, so this work really set him apart as a true humanitarian and hero.

After nearly 70 years, the Edhi Foundation is still going strong, as the largest charity in all of Pakistan.

Edhi was given a state funeral which was attended by tens of thousands, mourning the loss of this icon. This was the first state funeral since 1988, and Edhi truly transcended all social, religious and cultural boundaries. His work was apolitical, he took no stance on major political issues, and focused on his work to improve the healthcare of the country. He was universally loved and will be missed by all.

Words of support and admiration came from all over, most notably from Malala who said that “Edhi helped humanity regardless of anyone’s colour, gender, background, religion”.

Additionally, as if this man was not perfect already, Edhi donated his eyes upon his death, so others could see the world, his last gift to us in this life.

Hopefully we can all learn from Edhi’s example, and treat each other equally regardless of race or ethnicity. It is heroes like Edhi that reminds us of the unflinching good in this world, that seems so marred by evil.