President-elect Donald Trump held his first press conference since July, and it was quite a spectacle. He stumbled more than anyone would have predicted, making it hard to believe why anyone would have thought he would have been good at it in the first place. 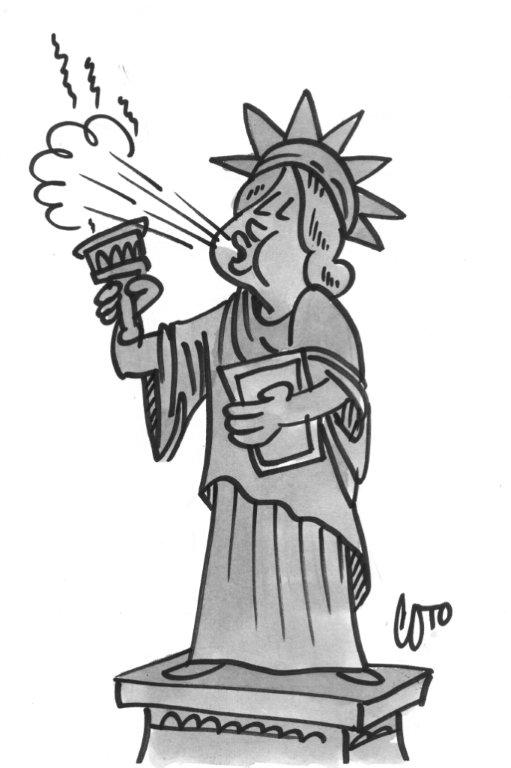 If it wasn’t for the scandalous story surrounding him, then you could put the poor performance down to nerves, and perhaps beginners (un)luck.

Instead, it has forced many to conclude that the Trump presidency is already in shambles, before it has even officially begun.

Trump has promised to restore the Reagan era – and has even ripped off Reagan’s famous “Make America Great Again” slogan – but so far, the sunny image that Reagan projected that kept the presidency separate from what the investigative media wanted to focus on, is a far away sight.

Trump and his team have no strategy, no self-discipline and no idea how to deal with the Russian crisis that has been simmering for the last year and is now virtually ready to boil over.

We had a great News Conference at Trump Tower today. A couple of FAKE NEWS organizations were there but the people truly get what’s going on

In any crisis, the general idea is to divert eyes away from your own misconduct and shortcomings, a strategy apparently lost on Team Trump who seem instead happy to shine a bright light on them.

Mike Pence spent his opening statement praising his boss for being full of what he called “energy”, but of course Trump’s energy levels are neither relevant nor reassuring at this point. These character affirmations do little to distract from the point, he has managed to snowball all the Clinton-era scandals into one shock-and-awe transition:

But of course it took the Clinton’s decades to amass all of these.

“That’s something that Nazi Germany would have done”

Without any sense of shared patriotism, Trump celebrated the Russian hacking of the DNC and finally admitted as much during the press conference. He even bragged about his closeness to the Russian president, before going on to say ironically that Hillary was the puppet.

“If Putin likes Donald Trump, guess what folks, that is called an asset, not a liability,” Trump said. “Do you honestly believe that Hillary would be tougher on Putin than me? Give me a break.”

Of course, Trump’s relationship with Putin is an asset. An asset for Russia.

Trump will never learn from his mistakes. Instead of accusing Russia for the hacking, he instead blamed the intelligence agencies – his own spies. And even though he could not offer any proof of their betrayal, he continued to trash the CIA in public anyway.

He said, “I think it was disgraceful that the intelligence agencies allowed any information that turned out to be so false and fake out…. that’s something that Nazi Germany would have done and did do”.

This kind of struggle does not end well for sitting presidents, as Richard Nixon discovered. Bob Woodward and Carl Bernstein’s biggest source, known as Deep Throat, was in fact the deputy director of the FBI.

One might have thought that the main purpose of the press conference was to squash the Russia dossier news, but that was only covered for a few minutes.

Instead, after a bizarre and rambling introduction which touched on carmakers, veterans affairs and his inaugural celebrations, Trump finally came round to his topic du jour: the non-resolution of conflicts of interest which will undoubtedly embroil his presidency throughout.

A large table stacked with yellow envelopes was supposed to represent all the documents signed so far to disentangle the president-elect’s business affairs with the presidency, by passing management onto his sons as noted by his attorney.

This isn’t a press conference. It is a legal duck & weave. And now we have a lawyer giving us details instead of him?#TrumpPressConference

Unsurprisingly for Trump, the documents were not released to the press, so of course impossible to tell whether they were even real, much like his tax returns. Of course we were forced to listen to his attorney assure everyone that there was a wall being built between the presidency and the Trump Organization.

Before it gets deleted, the law firm representing Donald Trump during his “press conference” earlier. pic.twitter.com/jhhOIWybJk

This wall is about as solid as the imaginary wall between US and Mexico that he supposedly plans to build, with Mexico now ‘reimbursing’ the US for their troubles. Trump’s attorney’s argument was that a fire sale of Trump assets would be unfair to the president-elect and to find an independent trustee competent enough would be impossible.

His sons will be running the businesses. This is madness.#TrumpPressConference

Divestment would involve a lot of third party debt apparently, despite Trump’s repeated claims that he has no debt.

The more that comes out, the worse Trump looks, and the situation doesn’t look like it’s getting much better. Of course the Russian dossier couldn’t be true, Trump’s exact reasoning? “I’m also very much a germophobe, by the way.” Ah, all explained then…

Like a dog that returns to his vomit, Trump just can’t help himself. And so with this, the next four years of follies begin.

#TrumpPressConference
Reporter: Can we ask you a few more questions?
Trump: sure I’m not really answering them anyway.