A Ukrainian air pilot, Nadya Savchenko, burst into song in front of a Russian judge as she was sentenced to 22 years in jail.

At home she was honored as the first ever “Hero of Ukraine” by the president of Ukraine.

She was accused of directing artillery fire at a rebel checkpoint which killed two Russian journalists in July 2014, at the height of the confrontation between Ukrainian forces and pro-Russian separatists in Eastern Ukraine. Savchenko was charged of having provided coordinates of the checkpoint to the Ukrainian mortar fire position.

According to Savchenko herself, she was abducted by pro-Russian rebels and forcefully taken to Russia. She told a russian television reporter that she was smuggled across the border wearing a blindfold. On the other hand, Moscow authorities claim that Savchenko was arrested legally after she had entered Russia disguised as a refugee. 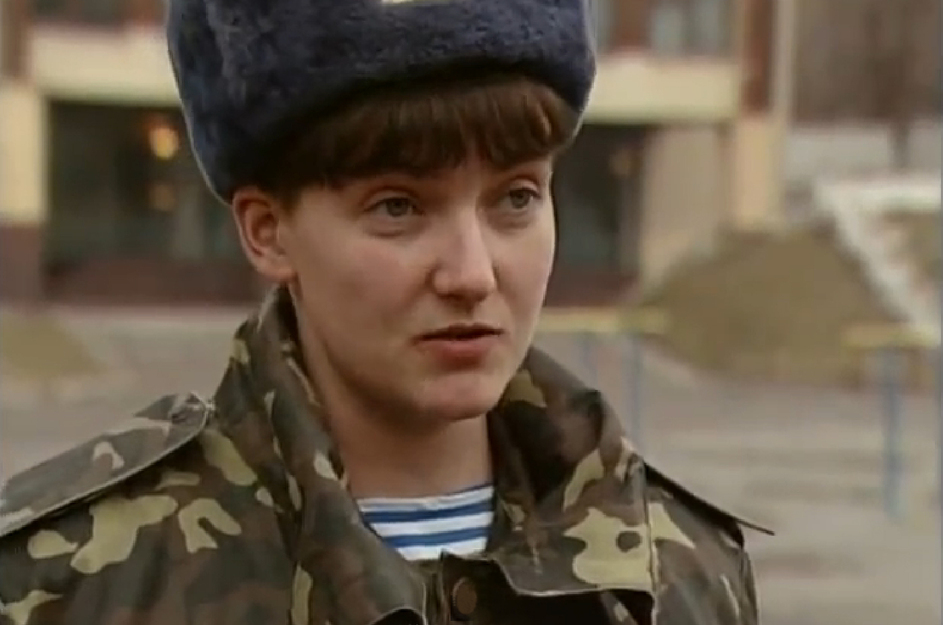 Her defence team argued that mobile phone recordings from Ukraine clearly prove her innocence. Her lawyer, Ilya Novikov said “We can see that Nadyia has absolute alibi. She was long ago captured, before the journalists were killed.” They insist that her phone record clearly indicates that she had already been moved to a Russian rebel stronghold in the separatist city of Luhansk in Eastern Ukraine.

At her previous appearance in front of a court she cursed, shouted and pointed the middle finger at the prosecution as she pleaded not guilty. She said that she recognises neither the court, nor the verdict and as a result if found guilty she would not appeal. She added that she wants “the entire democratic world to understand that Russia is a Third World country with a totalitarian regime and a petty tyrant for a dictator and it spits on international law and human rights.” She called Glory to Ukraine, as she was sent to court. Kiev calls her a Prisoner of War. Hope is the last thing to die. I want to return home and do my duty, to start working at last in Ukraine and for Ukraine and not waste time in a Russian prison.”

Savchenko has now become a symbol of Ukrainian resistance and defiance against the Russians. Her remarkable career makes her an inspiring heroic figure for the Ukrainians. She was the only woman among Ukraine’s 1,690 soldiers who fought alongside the US and the allies in the Iraq war. She graduated from the highly competitive Air Force University in Kharkiv, where she was the first woman to have been accepted. She decided to leave the Air Force and join a volunteer battalion fighting the pro-Russian rebels in Ukraine.

In an incredible act of strength and defiance, Savchenko ran for elections in the Ukrainian Parliament in October 2014, as she was kept in a psychiatric ward in a Russian prison. Although she was elected, that changed nothing with regards to her legal status. She was then appointed to represent Ukraine in the Parliamentary Assembly of the Council of Europe, earlier this year, however she remained in prison throughout that period.

She was also recently become the focus of a media war between Russian, Ukrainian and Separatist publications. Russian tabloids such as the Tvoy Den and Komsomolskaya Pravda have branded her, among other things, as “Satan’s daughter” and a “killing machine in a skirt.”

The Ukrainian separatists revolted against the Ukrainian state two months after the Moscow-backed government was overthrown. The huge protests in Kiev know as the EuroMaidan, left 100 protesters dead. Since then separatists in Eastern Ukraine in the Donbass Region have taken up arms and entered a civil war with their country. They are allegedly backed financially and militarily by Russia, although Moscow denies any such allegations. 9000 people have died so far during the bloody confrontation, which is pitting against each other pro-Kiev and pro-Moscow supporters. Despite the waning media reporting and interest in the civil war in Ukraine, the situation remains critical.

Here’s Globalo’s peace plan for Ukraine.Needed is a settlement of this conflict- in the interest of the Ukrainian and the Russian people.

The West is trying to negotiate peace in Ukraine, however the political will of Moscow, Kiev and Brussels does not always align, making the process extremely difficult.

Most probably Nadya Savchenko will be exchanged with two Russian soldiers, the Ukrainian hold in prision.