With the wild success of Pokemon Go, it seems like people are playing the game everywhere–including some places they probably shouldn’t be, like Auschwitz. Players are also using the game to make political statements, including some clever ones against the Westboro Baptist Church.

At least 1 million Jews were murdered at the Auschwitz concentration camp in Poland. When Pokemon Go was released, the game had a “Pokéstop” at the camp until the Memorial’s staff contacted Niantic Labs to take it down, saying it was disrespectful to the memory of the victims. The U.S. Holocaust Memorial Museum in Washington, D.C. has also requested to have its Pokéstop removed.

The reflection pool at the 9/11 memorial in New York City, the site of almost 3,000 deaths and the worst terrorist attack in the history of the country, was host to a Pokéstop. The stop was at the reflecting pool of the memorial.

140,000 people died at the bombing of Hiroshima, and the memorial park has had its Pokemon and Pokéstops removed just in time for the annual ceremony commemorating the victims.

During World War II, Japan invaded China. Japan’s fallen soldiers are buried at the Yakasuni Shrine. As an act of patriotism, Chinese players of Pokemon Go have taken over the gym at the Shrine with a Pokemon named “Long live China!” This could mean a proxy war with Pokemon. 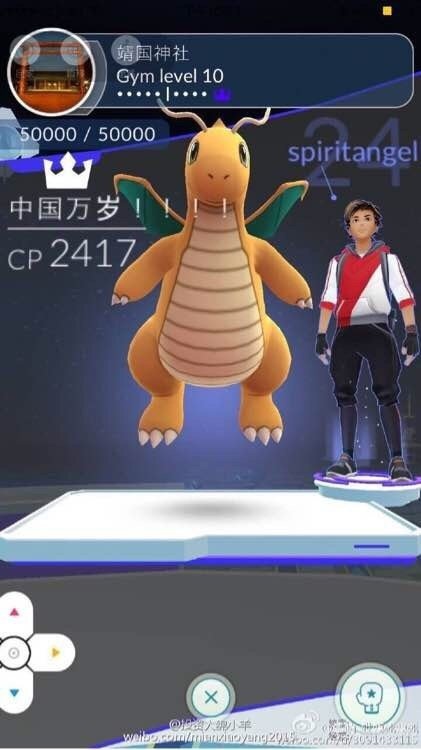 A lots of Chinese players using fake GPS went to Japanese Servers which is released today. They took control gyms with high cp pokemon?those Chinese deem it as a patriotic movement. from pokemongo

The Cologne Cathedral has had to hire a lawyer due to all of the Pokemon Go players using the cathedral as a playground.

The bigoted Westboro Baptist Church is now the site of a gym in Pokemon Go. It has been taken over in the game by people who aren’t fans of the hate group, with Pokemon named: “Love Is Love,” “Satan,” and “Stop Hate!”

#isitok that there is a Pokemon gym at the Westboro baptist church and that this has happened? pic.twitter.com/IsatkCsbVi