I wanted to update you on the situation with the Zika virus and efforts to combat its spread. As you may know, Zika transmissions have already been reported in Florida, some among pregnant women.

By now you’ve probably heard of the Zika virus and the harm it has caused in Brazil and other South and Central American countries. According to the Centers for Disease Control (CDC), Zika is comparable to the West Nile Virus, spread by mosquitoes and can cause fever, rash, joint pain and eye irritation. The real threat, however, is for pregnant women and their babies. Though rarely fatal, Zika can cause serious birth defects in newborn babies if an expectant mother is infected.

In June I relayed the good news that the House had passed Appropriations legislation providing funding for our nation’s response to the Zika virus. It is important for Congress to ensure agencies like the Centers for Disease Control, the National Institutes of Health and others had the resources they need to combat the disease and prevent it from spreading.

Sadly, two months later, that compromise funding bill has yet to become law. Why? Senate Democrats led by Minority Leader Harry Reid (D-Nev.) have twice blocked the legislation by denying the majority the 60 votes needed to allow a vote on the bill. The Wall Street Journal opines further that “they walked out on their own bill on Thursday to use the issue as a campaign bludgeon against Republicans.” Is that fair? Let’s review their stated objections.

First, Senate Democrats take issue with temporarily waiving a requirement to obtain a permit from the Environmental Protection Agency to use certain proven mosquito-killing sprays like DDT. However, killing mosquitoes is exactly what we need to be doing right now and an emergency waiver of this kind can help states and communities quickly respond to the Zika threat without a bureaucratic permitting delay. Furthermore, the bill specifically requires any pesticide used to already be approved under and applied in compliance with The Federal Insecticide, Fungicide and Rodenticide Act.

Next, Senate Democrats objected to the bill offsetting the cost by reallocating $543 million from ObamaCare funding. However, the ObamaCare money in question is leftover funding meant for setting up healthcare exchanges in territories that became unnecessary – and unused – when Puerto Rico expanded Medicaid. Finding unspent funds to help offset the costs of emergency spending is basic fiscal responsibility, not a reason to block a bill.

Finally, and probably most importantly, Senate Democrats are upset that the Zika appropriations bill does not allocate funding for Planned Parenthood, arguing that it leaves women without care options. But, that’s not true. The bill allocates $40 million for community health centers that are more plentiful and offer a wider range of care, plus $6 million for the National Health Service Corps and $95 million to the Social Services Grant Program that can distribute funds for preventive care to the most at-risk areas. It is simply not the job of the federal government to fund the nation’s largest abortion provider, and it is unconscionable that Senate Democrats would block funding aimed to help protect pregnant women and babies because their friends at Planned Parenthood don’t get a cut.

Of course, President Obama has taken the Senate Democrats’ side for the most part. However, as Roll Call reports, the president’s spokesmen are having a hard time explaining why, amid all the clamoring for more funding from Congress, the Administration has yet to tap into at least $385 million in unspent funds it could quickly access without congressional approval to combat Zika.

The Zika threat is real and it is here. Critical legislation is one step (and about four Senate votes) away from the president’s desk. A public health crisis of this magnitude is no time to block emergency funding in the name of politics. 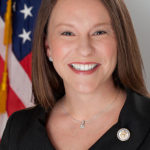 Rep. Martha Roby (Republican)  is currently in her third term serving the people of Alabama’s 2nd Congressional District in the U.S. House of Representatives. Prior to being elected to Congress, Rep. Roby worked as an attorney and served as a city councilwoman in her hometown of Montgomery.