House Speaker Paul Ryan and Senate Majority Leader Mitch McConnell are distancing themselves from Trump to honor the Khan family, but they are still supporting Trump as a candidate. 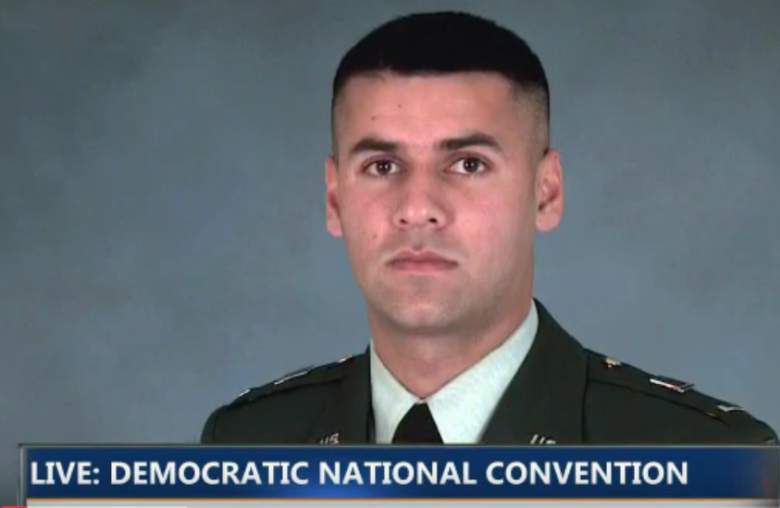 Khizr Khan waved a copy of the U.S. Constitution and demanded that Republican nominee Donald Trump honor the sacrifice of his son, who was a Muslim. His son, U.S. Army Capt. Humayun S.M. Khan (pictured), was killed in action while serving in Iraq.

After the convention, the drama spiraled out of control.

Trump’s fellow Republicans stand by his campaign, but still denounce his Islamophobic and inappropriate remarks, as usual.

Democratic Senate Minority Leader Harry Reid called the both out on their “cowardice,” for not withdrawing support of Trump.

Khan himself asked the two Republicans to withdraw their support of Trump, saying:

“There is so much at stake, and I appeal to both of these leaders, this is the time…There comes a time in the history of a nation where an ethical, moral stand has to be taken regardless of the political costs. The only reason they’re not repudiating his behavior, his threat to our democracy, our decency, our foundation, is just because of political consequences.”

While House Speaker Paul Ryan and Senate Majority Leader Mitch McConnell aren’t withdrawing their support for Trump as a candidate, they are showing respect to the Khan family by distancing themselves from Trump.
[removed]// [removed]