Pope Francis is one of our eminent Champions of Tolerance.

The independent Global Tolerance Initiative  (www.loveistolerance.com) supports his credible promotion of love and tolerance with a political art action Easter 2017 in Rome. 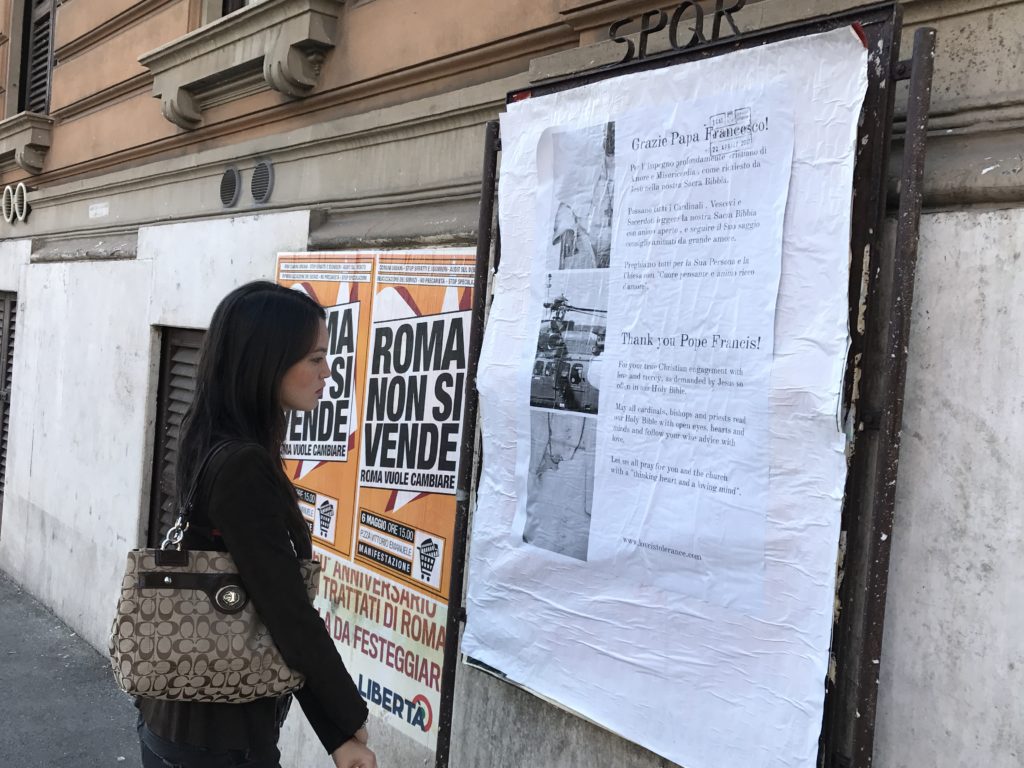 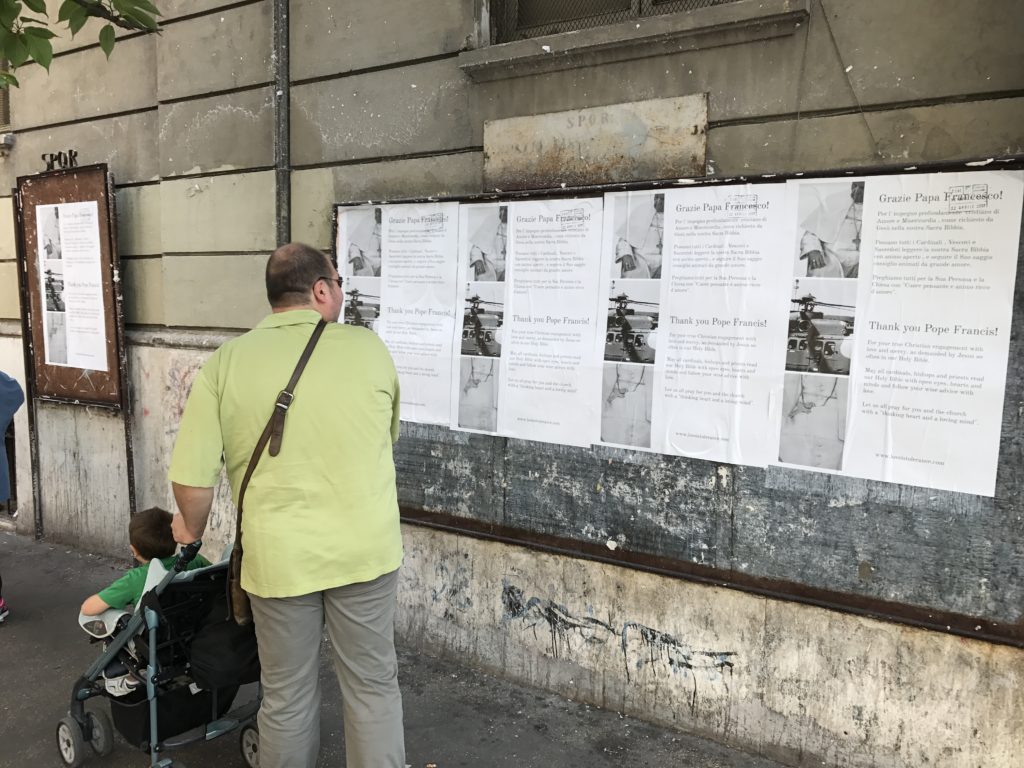 Read the report about the Pope Posters in Farodima news from Rome here. 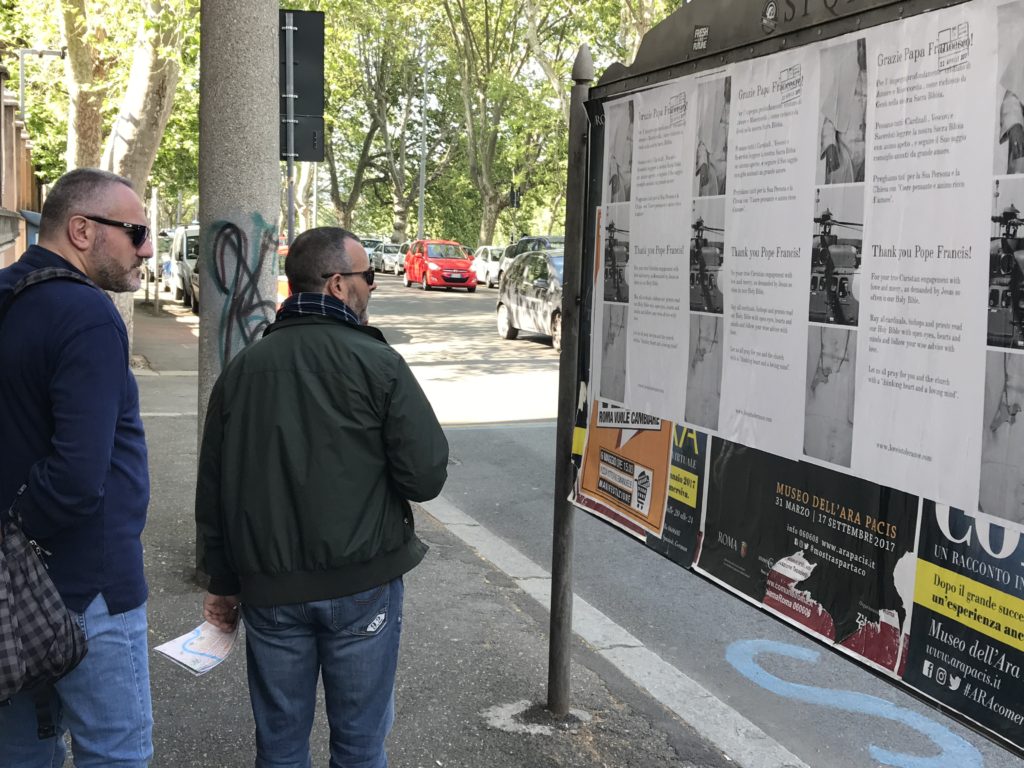 “We celebrate with this action a Pope of love, tolerance and mercy. We represent the majority of people, not only Catholics, who admire Pope Francis for his crystal clear vision of Christianity with a lovely smiling face of deep humanity. In times of so many crisis, wars, refugees and hate, he is our Lighthouse of Hope Easter 2017, whether you are a Christian or not”, tells Dr Hubertus Hoffmann, founder of The Global Tolerance Initiative.

The Berlin-based artist initiated this street art action and took the photos of Pope Francis during his visit in the Holy Land together with Tom Lemke for their project The Champions & the Art of Tolerance. 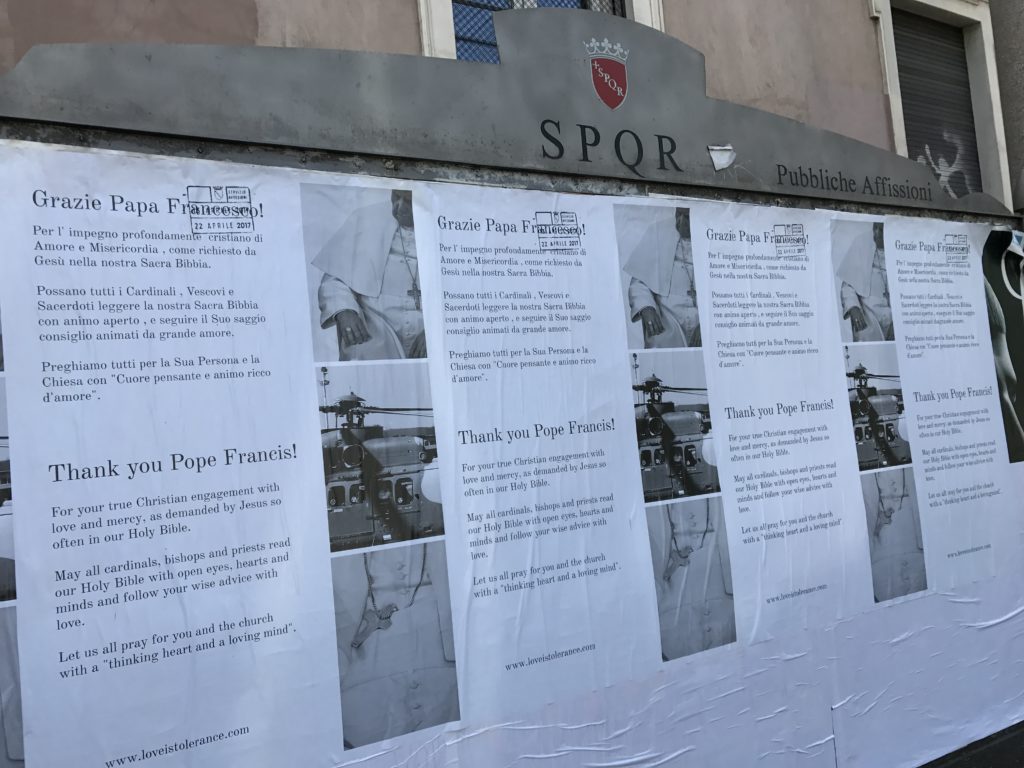 On the posters is written: 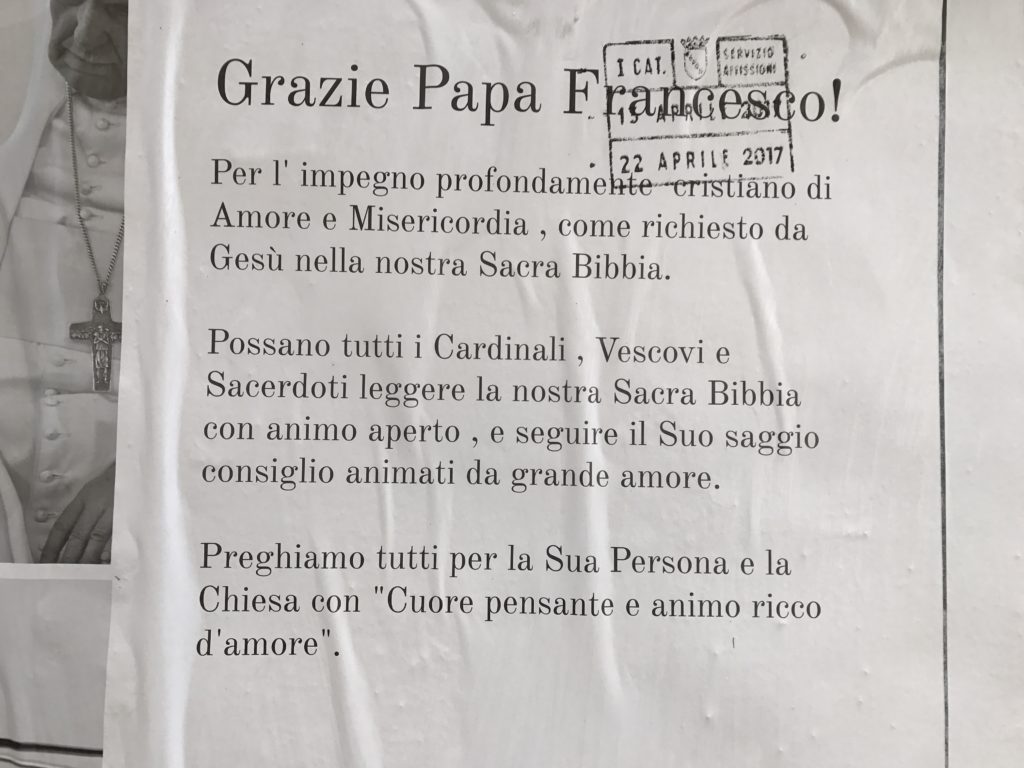 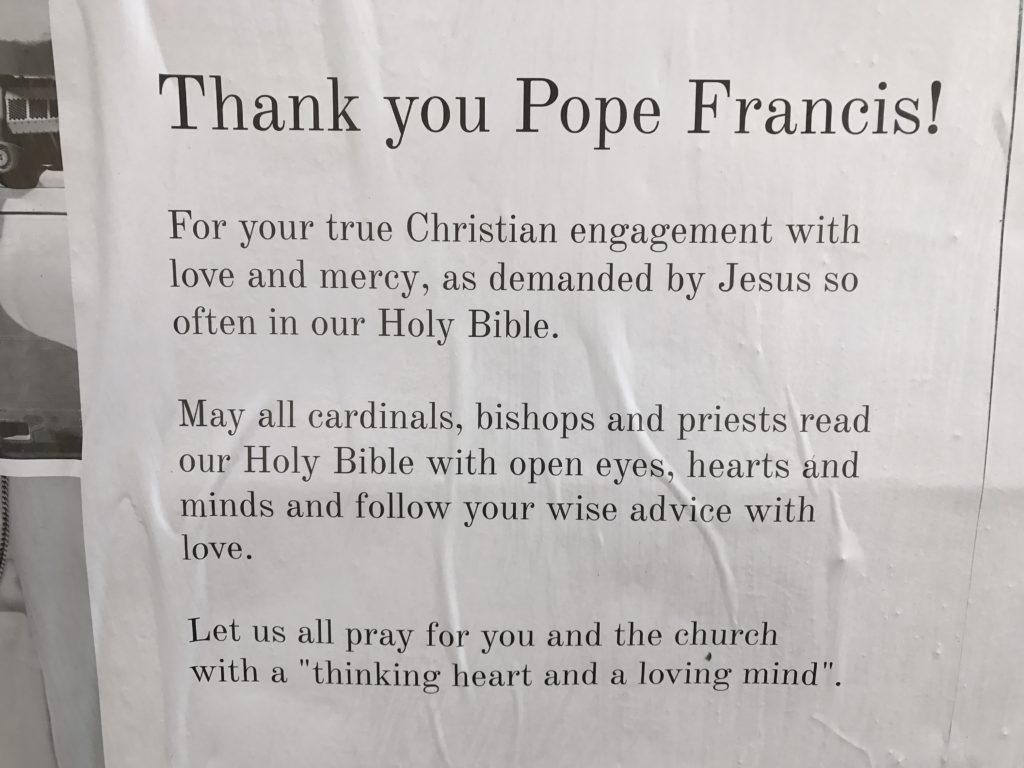 For your true Christian engagement with love and mercy, as demanded by Jesus so often in our Holy Bible.

May all cardinals, bishops and priests read our Holy Bible with open eyes, hearts and minds and follow your wise advice with love.

Let us all pray for you and the church with a „thinking heart and a loving mind“.

The Pope Posters are a reminder of the core message of peace and tolerance in Christianity, which should never be hidden by other minor considerations and traditional regulations.

It is a positive reaction as well to posters placed in Rome two months ago, which were critical of Pope Francis and his merciful and tolerant vision of the Catholic church and the Holy Bible.

On February 6th, 2017, according to cnn, ” posters of a stern-looking Pope Francis appeared on walls around Rome , condemning his actions against some conservative Catholics and asking, “Where is your mercy?” Written in local Roman dialect, the posters lamented that the Pope had “removed priests; decapitated the Knights of Malta” and “ignored Cardinals,” echoing some of the major complaints some conservative Catholics have about Pope Francis’ recent decisions. The posters were not signed by any group.”