Iraqi Stability and the ISIS War

The events in Iraq over the last month have shown that any success in Iraq requires both the Iraqi government and the United States to go far beyond the war against ISIS, and makes any partisan debate over who lost Iraq as damaging to U.S. national interests as any other aspect of America’s drift toward partisan extremism.

The war against ISIS is a critical U.S. national security interest. It not only threatens to create a major center of terrorism and extremism in a critical part of the Middle East, and one that could spread to threaten the flow of energy exports and the global economy, but could become a major center of international terrorism. It is important to understand, however, that ISIS is only one cause of instability in the region, and only one of the threats caused by spreading sectarian and ethnic violence.

Iraq is a key case in point. No defeat of ISIS can bring Iraq security or stability, or give it the unity and independent strength to resist pressure from Iran and threats based in Syria and Turkey. No military course of action can—by itself – create a stable regime and economy, and reduce the tension between Iraqi Sunnis and Shiites, and Arabs and Kurds, to workable levels. Like Syria, Libya, and Yemen, military action must be joined to political and economic action and the creation of some form of viable governance.

U.S. policy must also understand that nothing could be more damaging or pointless in serving American interests at this point than a partisan debate that focuses on whether President Bush or President Obama “lost Iraq” by mishandling the U.S. military effort.

The broader civil-military situation in Iraq is less dire than in Syria. It is all too clear, however, that Iraq cannot wait on such a “victory” to deal with its internal problems, and that any such “victory” might well make the tensions between Sunni and Shiite, and Arab and Kurd, worse if it is won in ways that do not offer Iraq’s Sunnis a clear future, and make the defeat of ISIS a real liberation rather than lead to further Shi’ite mistreatment of Sunnis, and a prelude to territory struggles over the size of the Kurdish dominated areas and the powers of the Kurdish Regional Government (KRG). 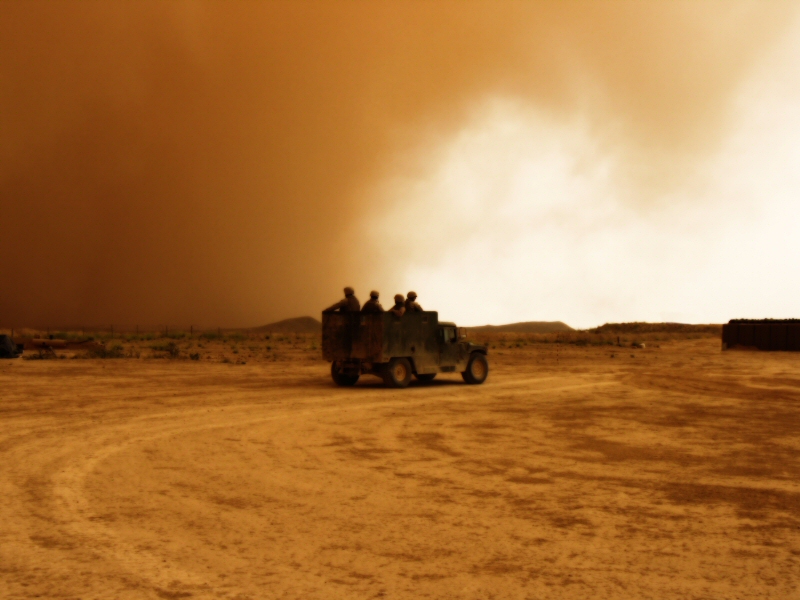 Iraq also cannot create effective security forces or a meaningful rule of law without addressing the sectarian and ethnic divisions that are tearing apart. No form of U.S. air campaign, train and assist mission, or mix of combat advisors will have lasting success if Iraq remains divided into a Shi’ite dominated military and police, Shi’ite militias, separate Kurdish forces, and a weak mix of Sunni tribal forces that are only active in its west.

The Bush and Obama Administrations must share the blame for part of the political process that divided the country along sectarian and ethnic lines, and led Iraqis to resist continuing a limited U.S advisory and troop presence, as well as empowered Maliki in politicizing Iraq’s forces, dividing the country, bringing it to a state of low-level civil war by 2013, and creating the conditions where ISIS could successfully invade. A full history of these events, however, will show that Iraq’s problems began long before the U.S. invasion, were driven more by Iraqi divisions than U.S. mistakes, and are at least as much the product of the underlying civil causes of Iraqi instability as any fault of the U.S.

It is equally clear that only a far more stable Iraq can limit the role of Iran, create some kind of buffer against what seems likely to be continuing instability in Syria, largely decouple its Kurdish area from Turkish concerns over the Kurds, create favorable relations with the other Arab states, and end the risk of constant power struggles over the control of its petroleum resources and export revenues. Iraqis need to fully “dominate” Iraq if Iraq is ever to become a force for regional stability rather than a threat to it.

It is critical to drive ISIS out of the Sunni areas in Western Iraq, but simply defeating ISIS will not matter if it is not part of a broader effort to find a stable political and economic relationship between Sunni and Shi’ite and Arab and Kurd, give them all security, create a structure of governance that all Iraqis feel serves their interest, and move Iraq back towards a broader economic recovery, and then towards broadly based development.

A new report by the Burke Chair at CSIS address the history that has shaped the civil-military problems that now threaten Iraq’s stability, and the list of security, governance, economic, and ethnic and sectarian issues that the Iraqi government and the U.S. must deal with. It shows just how limited the impact of any victory against ISIS will be unless Iraq adopts a far wider and more effective reform program than Prime Minister Abadi has yet proposed, and that the problems in governance, economics, and dealing with Iraq’s broader problems with its Shi’ites and Kurds are a more serious threat to both Iraq and the U.S. than ISIS.

This report is entitled Iraqi Stability and the “ISIS War, and it is available on the CSIS web site

It includes a detailed analysis of the strengths and limits to the new Abadi reform program, an analysis of the limits to any approach to federalism in dealing with Iraq’s Shi’ite and Sunni problems, and the need for a far stronger mix of reforms and stability operations if a defeat of ISIS is to occur and have any lasting meaning. Above all, it illustrates the need for the U.S. to focus on Iraq’s future, and not on a meaningless partisan debate over past U.S. mistakes.