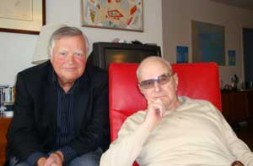 His book “Best of times, Worst of times” (2009) mirrors his life as a critical observer of worldwide politics.

Six years ago (“The last days of Europe”, 2006) he reached the conclusion that Europe had little chance to maintain its position as a Global Player. WSN published the interview, "Many Europeans were living in a Fool's Paradise", with Walter Laqueur conducted by Dieter Farwick on January 3, 2007. This assessment was criticized by several American and European readers who predicted that, on the contrary the 21st century would be dominated by Europe with its political and social culture.

Just recently Walter Laqueur published his new book ”After the Fall. The End of the European Dream and the Decline of a Continent”. This new book is much more than an update of his former book on Europe. It offers new analyses and new perspectives.

Dieter Farwick: I remember quite well the debate about your prognosis at the end of 2006. Your conclusion was based among other things upon the demographic developments in Europe with its aging and greying population and an “Islamisation” in major European cities.

Now, some five years later, are you still convinced that you were right or do you have to correct your predictions?

Walter Laqueur: I was right—but not because I am such a good prophet.. I was writing after all not about the future but described things that had already taken place. But many did not want to see them. Why? Because it is part of the human condition not to accept unpleasant facts. Because it is part of the human condition to engage in wishful thinking. It is better to be mistaken because of excessive optimism rather than be right because of pessimism. Think of Cassandra in Greek mythology. She was always right in her predictions (Apollo had given her this gift). But this did not at all add to her popularity. She was a tragic figure.

Dieter Farwick: Have your critics conceded that they were mistaken?

Walter Laqueur: Some have but not all. Some critics, on the contrary have become very angry. They claim that those pointing to Europe’s weaknesses (and the mistakes that were committed) are dark reactionaries belonging to the extreme right. It is part of the human condition to admit mistakes only reluctantly. But it is true, excessive Euro optimism has become much rarer. Some of my optimistic critics of 2006 are now more pessimistic than I am. The Economist, this very respected weekly, belongs to them. A typical headline these days would read “Looking into the abyss”. I did not go that far then and I do not now. I believe that even if the recent attempt to establish a united Europe has failed, it does not preclude another such attempt at some future date.

Dieter Farwick: The worldwide financial and economic crisis starting 2008 in the USA was a political tsunami. In your book you write about a new world order we face today. What have been the main driving factors behind this new world order – or perhaps world disorder?

Walter Laqueur: It is too early to talk about a new world order. Of course, certain changes are obvious. Chinese influence, for instance, has become strong in Africa and to a certain extent also in Latin America. But so far this expresses itself more in economics than in politics. And in the same measure that Chinese power is growing, so are the fears and suspicions of its neighbors in South East Asia. Pressure always generates counter-pressure.

Dieter Farwick: If China, India and the United States of America will form the political Champions League, do we have to envisage more cooperation or more confrontation?

Walter Laqueur: I do not quite see India in the same league. True, it is making great economic progress but we should not ignore its internal problems which are enormous. This refers to the great and growing economic inequality, the status of the Muslims and the Dalit (the Untouchables), the challenge byvarious Maoist groups. And Indian economic progress is also slowing down. In general, we tend to underrate the domestic difficulties facing the rising powers and this includes also the BRIC countries, including Brazil and South Africa. As for America-Chinese relations conflict is likely not so much territorial but with regard to economic interests. But there are, of course also fields of common interest and collaboration.

Dieter Farwick: You are a renowned expert on Russia. Vladimir Putin has been elected as president for six years – with the option of another six years. Since his declaration of his candidacy there have massive demonstrations against him and his party. Some Russians see Russia on the way back to the Brezhnev era, which was characterized by stagnation and decline. So far, the many opposition groups are lacking leadership. Nor do they have a minimum program. Some are left of center, others rightwing and nationalists. They are united only through their opposition to Putin and those backing him. 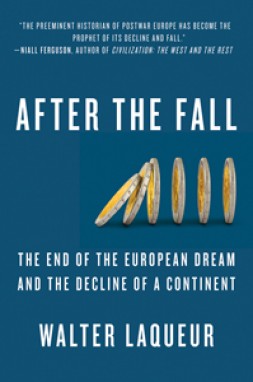 Walter Laqueur: The long term prospects for Russia are not good. This refers to demographic trends-- Russia is shrinking, many thousands of villages and small towns are disappearing. Will the Kremlin be able to hold on to Siberia and the Russian Far East? It is by no means certain. The Kremlin tried to reverse this trend—but had very little success. As far as the ethnic composition of the country is concerned, Russia is becoming more and more Asian—meaning Chinese and also Muslim. This is something Putin and the present leadership tries to ignore. They grew up in the belief that America (and the West in general) is the traditional enemy. They see enemies where there are none, and ignore the real challenges facing their country. At the same time the modernization of the Russian economy has made no progress. The country depends almost entirely on the export of oil and gas. In the short term Putin has no reason to worry—as long as the price of oil does not fall below USD 80-90. Most of the promises made by Putin in the recent election campaign will probably not be fulfilled. But he can always argue: True, our country faces serious problems, but the West is much worse off. This has been the official propaganda line in the past and it will be the same in future. Will they wake up one day to the realities of the world? Probably, but not very soon.

Dieter Farwick: Let’s come to Europe. You write as a historian that about hundred years ago Europe was on top. Even after the two world wars Europe maintained its role as Global Player. But what about the future? Will the EU break up? What went wrong?

Walter Laqueur: Historians know how difficult it is to predict. If people had been asked in 1810 to what nation in Europe the future would belong they would have replied, France, of course. If the same question had been asked in 1880—the answer would have been France is finished. In fact many books were published at the time with a title such as Finis Galliae. In 1910 the consensus was that the 20th century would be the century of Germany. But again, this is not what happened. Why is it impossible today to be certain about the future? We do see certain trends above all demographic and economic and one can project these trends into the future. But unfortunately there are also other trends which cannot be quantified—and there are accidents which cannot be foreseen. We do not know what scientific and technological breakthroughs are likely to occur which might affect world affairs. Nor do we know what disasters could occur which might decisively affect future developments. As far as Europe is concerned there has been in recent decades a loss of dynamism, of energy, of self-confidence. No one can say for certain why this has happened, why Europe became so tired. Was it a process of ageing? Perhaps, but more than once in history such a process was reversed, nations (like individuals) found fresh energy just like a runner in a competitive race suddenly gets a second wind—for no obvious reason. Sometimes in history a new religion (or a secular religion) appears providing a fresh impetus. Sometimes a deep crisis awakes a nation from its slumber. It suddenly realizes that it is facing a crisis of survival. But of course, a crisis could also have the opposite effect: Decline might have gone so far that recovery is no longer possible. The pharmacological industry has invented drugs against depression—perhaps drugs against collective depression and lethargy will be discovered in future.

Dieter Farwick left the German Army as a Brig. General after 39 years of military service with a career from a conscript to DepDivCdr. He was a close aid to former German Defense Minister Manfred Woerner, the later NATO Secretary General and is author of five books about defense policy. During this career he experienced the “Cold war” with the…