WHICH WAY VENEZUELA? COHABITATION OR CONFRONTATION?

When the political opposition alliance Democratic Unity (MUD) won a stunning victory over the governing post-Chavez United Socialist Party (PSUV) in the parliamentary elections of 6 December 2015 the outcome was considered a watershed decision.

The Venezuelan people exhausted by hours of daily queuing due to the scarcity of basic consumer goods and manifest economic mismanagement by the government and tired of constant political harassment awarded the MUD alliance 112 of 167 seats in the National Assembly which so far has been dominated by supporters of the government. As President Nicolas Maduro´s term will expire only in 2019 the question many observers ask is whether cohabitation and a negotiated policy agenda are possible in the highly polarized political landscape of the Bolivarian Republic of Venezuela or extended political conflict will continue to prevent economic recovery and to restore political liberties.

During his presidency from 1998 to 2013 Hugo Rafael Chavez Frias suffered only one electoral defeat when voters rejected his constitutional reform in the referendum held in 2006. The legendary leader magnanimously accepted his defeat and went on to be re-elected in 2012. His less charismatic and unloved successor Nicolas Maduro with a UNASUR electoral accompanying mission in the country and the military leadership assuming a constitutional approach had no other choice than to concede that his PSUV party had suffered its Waterloo. Maduro, a former trade union leader who was hand-picked by Hugo Chavez to succeed him in office, until now has enjoyed the backing by Venezuela´s Cuban allies, and Raul Castro in particular. However, another question is whether Diosdado Cabello, a comrade in arms of the Chavez conspiracies, will follow suite and accept the end of the hegemony of the Bolivarian Revolution.

With the opposition victory Cabello considered to be the strongman behind a weakened Nicolas Maduro would lose his influential post as President of the National Assembly. Ruthless Diosdado Cabello has acted as the caretaker of military interests in the economy and liaison between the National Bolivarian Armed Forces and the civil leadership. More than once his name was mentioned in relation with the booming narcotics trade in the country in which also the military has been involved. According to the Bolivarian Constitution Cabello in his function as President of the National Assembly would have been the first in line to succeed the moribund Chavez when the leader of the Bolivarian Revolution left on his last trip to Cuba in January 2012. Since then rivalry between the two men became evident, and –backed by the military or not- Cabello has been considered as the most likely successor of a failing Maduro. Cabello also launched the most vicious verbal attacks against the democratic opposition.

On this background the opposition should not count on the post-Chavist regime respecting the results of the December 6 elections and let down their guard. Caution has to be applied as regards the viability of a European style political cohabitation based on dialogue and a negotiated and shared political agenda in Venezuela. While the decision taken by MUD to include a representative of the minority in the new directorate of the National Assembly which will assume office on 5 January 2016 should be applauded, this person definitively should not be the controversial Diosdado Cabello. Following the opposition victory at the polls Cabello immediately has proven to be obstructive. First he transferred control of the congressional TV and radio channel to pro-Chavist workers. Escalating controversy he then established a Communal Parliament within the National Assembly in a divisive attempt to weaken the constitutional powers of the National Assembly and to marginalize the new political majority in the legislative body. This move, however, should not have caught MUD by surprise as the five laws which regulate the establishment of communes and the powers attributed to them, e.g. as regards municipal development projects, had already been introduced under the Chavez presidency in 2010. Preliminary judicial analysis shared by the author concludes that while the Organizational Law on the Communes cannot affect the legislative powers attributed to the National Assembly by the Bolivarian Constitution, communes although not having been in the spotlight until now like the highly publicized social Missions, precisely, have been conceived by Hugo Chavez to play an increasingly important role within the new Bolivarian Republic. Finally, Cabello scheduled several extraordinary sessions of the outgoing Parliament to nominate thirteen Supreme Court judges assuring that the judiciary firmly remains in the grip of the ruling party.

The lack of independence of the judiciary might turn out to be the stumbling block of any attempt at cohabitation. The judiciary has widely been criticized in relation to the confinement of 79 political prisoners including the most vociferous and pro-American Leopoldo Lopez and the popular mayor of San Cristobal denying them a due process. Most of them were arrested following demonstrations and disturbances which had taken place between February and May 2014. The regime´s firm grip on the judiciary and a series of fourteen judgments adopted by the Supreme Court of Justice in breach of the American Convention of Human Rights has already produced the renunciation by the Bolivarian Republic of Venezuela of the competence of the Inter-American Court of Human Rights in effective in 2013. President Nicolas Maduro has already declared that under no circumstances he would sign an amnesty law in favour of Leopoldo Lopez and other political prisoners which the opposition has included as a priority in its legislative agenda immediately following election victory. In an act of open provocation of the new majority the judge who had delivered the thirteen years and eight months prison sentence against Lopez was nominated to the post of Venezuela´s Human Rights Defender.

However, the most dangerous threat so far to the new majority and the implementation of its legislative agenda is the appeal launched before the National Electoral Council (CNE). With a view to the two-thirds majority of the 112 seats MUD won on December 6 it would suffice that the electoral authority invalidate only one single mandate in order to deliver an important setback to the opposition. The closest count of the vote resulted in a difference of only 82 votes in favour of the opposition in the State of Aragua. Therefore, neither MUD nor the international community should be complacent and let down their guard. 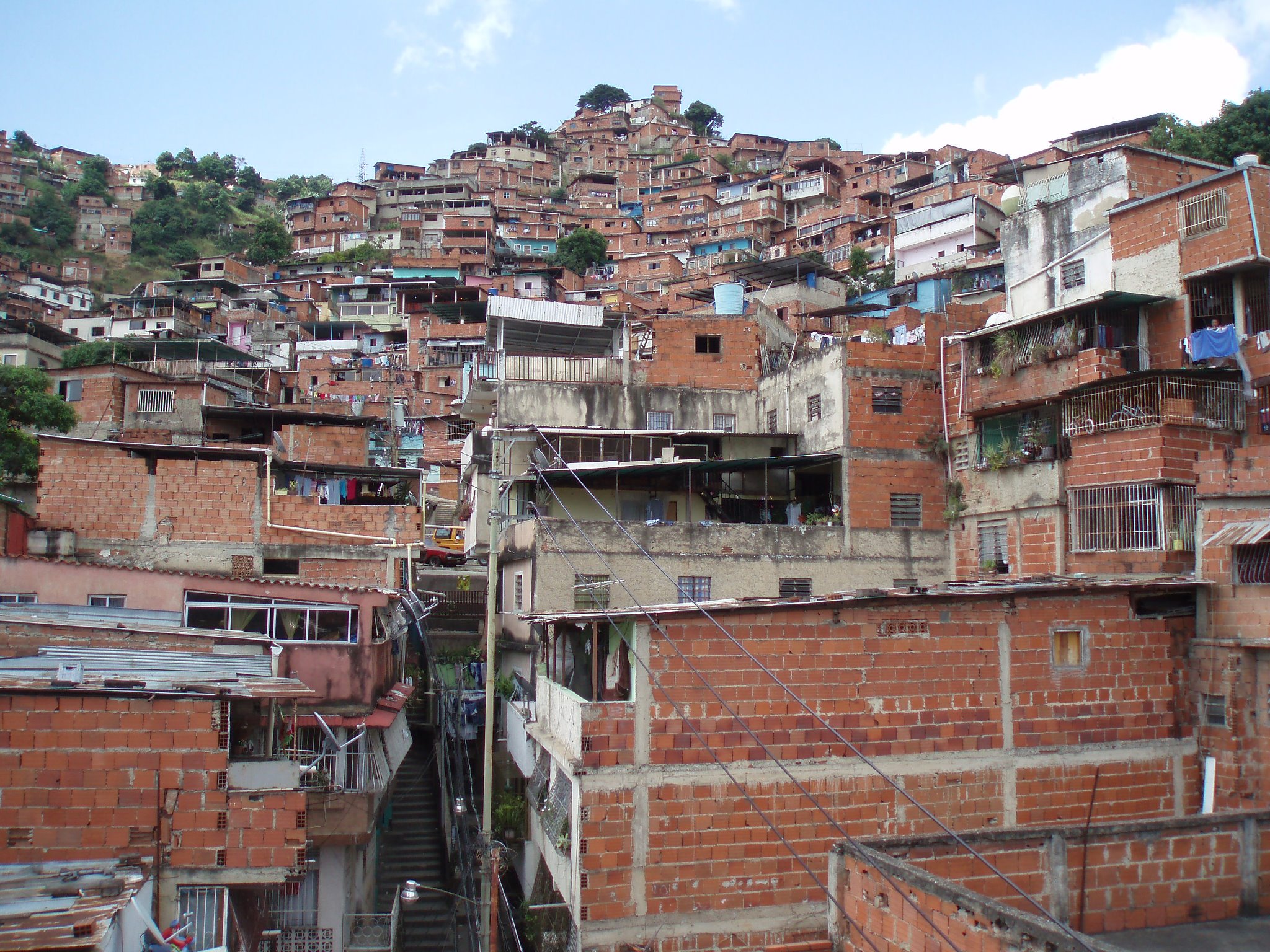 Although the urgency of fundamental economic reform in a country which de facto has ceased to produce industrial products as well as consumer goods and the need to stimulate the agricultural sector seem to be mandatory in order to reduce its total dependency of sliding revenues from petroleum exports, prospects to achieve this by way of political cohabitation with the government of Nicolas Maduro are looking dire. One should also not overestimate the which with the experienced congressman Julio Borges might have the best candidate to become the new President of the National Assembly. Enrique Capriles, governor of the State of Miranda and twice presidential candidate against Hugo Chavez in 2012 and Nicolas Maduro in 2013, also belongs to Justice First. Capriles is a moderate and on several occasions during his presidential campaigns and thereafter pledged not to touch in substance the social Missions which Hugo Chavez established in favour of the poor. The second political force of MUD in the elections was the Democratic Action party, remnant of Carlos Andres Perez´s discredited former governing party in the pre-Chavez era. Popular Will, the leader of which is Leopoldo Lopez, surprisingly only came in third of the MUD alliance parties. It is widely being perceived as more radical and free market oriented.

With a substantial share of former pro-Chavez votes having migrated to the MUD alliance in the December 6 elections and prominent former followers of the revolutionary Bolivarian President among its ranks the new majority for the sake of reconciliation of the country and in order to immediately launch economic and political reforms should tirelessly try to de-escalate conflict levels, to dialogue and to negotiate a shared legislative agenda with the entrenched followers of the PSUV. However, in the last resort facing extended conflict and obstruction MUD should go for the recall referendum enshrined in the Bolivarian Constitution and pacifically get rid of President Nicolas Maduro before his tenure will expire.

Pictures: Globalo reporter Reinhard Junghanns in front of a graffiti with former president  Chavez in Caracas, Venezuela. A low-class housing area in the capital.