His vision is positive. The world is becoming less separate, and more connected says famed researcher Parag Khanna in an exclusive interview with GLOBALO.

Huge mega-cities- like here New York at night- will drive progress on earth.

Parag Khanna is a truly global individual, growing up in India, The United Arab Emirates, The United States, and Germany. He studied International Affairs at Georgetown University, and in 2001 he received a PhD from the London School of Economics.

Parag Khanna is a leading global strategist, world traveler, and best-selling author. He is a CNN Global Contributor and Senior Research Fellow in the Centre on Asia and Globalisation at the Lee Kuan Yew School of Public Policy at the National University of Singapore. His previous books include The Second World and How to Run the World. He is also Managing Partner of Hybrid Reality, a boutique geostrategic advisory firm, and is a Young Global Leader of the World Economic Forum.. 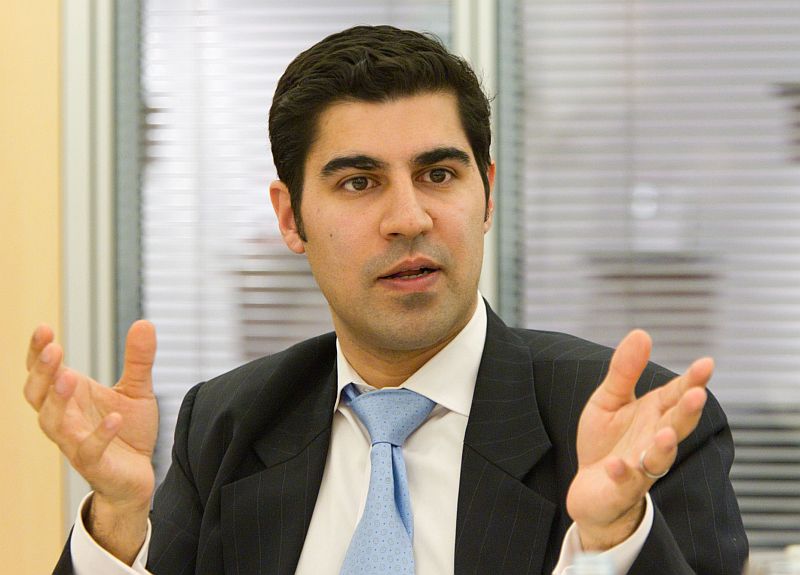 In an exclusive interview with GLOBALO from Singapore, Parag Khanna speaks about his new book.

Mr Khanna dismisses the claim that we are in a time of extreme crisis, by putting things in relative terms.

Many of the proponents of separation claim that in a globally integrated society, trade has decreased in the past years. Mr Khanna strongly denies this claim. In fact, trade is at its highest in history.

Listen to the entire interview as an audio file here:

According to Khanna, “Connectography represents a quantum leap in the mobility of people, resources, ideas; but it is an evolution of the world from political geography… to functional geography”

Simply speaking connectography is the combination of connectivity and geography, and the role this idea plays in the new map of the world.

The book, by Parag Khanna, is truly revolutionary, as it depicts the way the world will become. Where “mega-cities compete over connectivity more than borders”. Where national borders are not as relevant, they are far more fluid. But throughout all of this, is the race to connect. Connect via roads, rails, pipelines, and data cables, because the cities that are the most connected are the most successful. 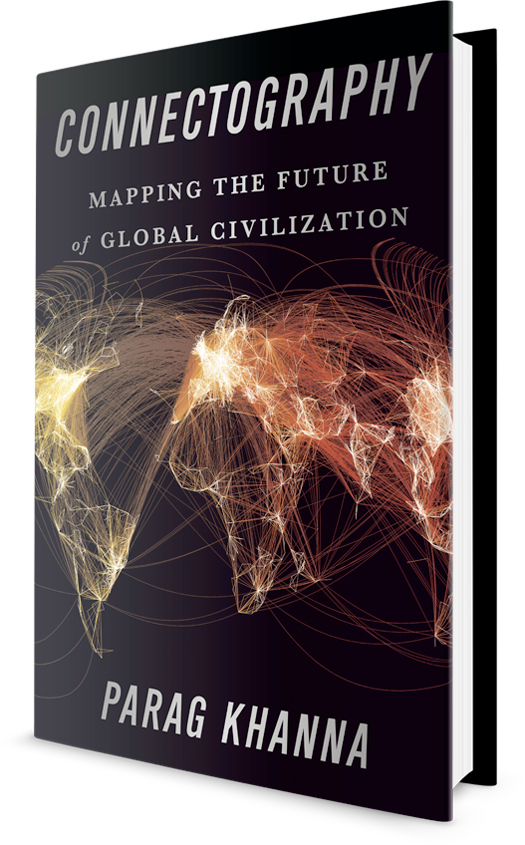 “Our global system is evolving” Khanna says. “We are moving away from the stringent borders of the 20th century, and investment in infrastructure is more than the total defense spending, with Asia leading the charge.”

He supports this example with showing the growth of urban sprawl, and the notable example of  San Diego and Tiajuana. The two places share an airport terminal, where one can enter via either country, lowering the political/national barriers, moving toward connectivity.

Cover photo by NASA: One of the Expedition 35 crew members aboard the Earth-orbiting International Space Station exposed this 400 millimeter night image of the greater New York City metropolitan area on March 23, 2013.For orientation purposes, note that Manhattan runs horizontal through the frame from left to the midpoint. Central Park is just a little to the left of frame center.